First, they had their Engagement Session.  Then, they had their wedding.  And now, we go once more with the lovely Nicole and Juan Carlos who are the biggest sports ever to brave this Trash the Dress (aka Day After Session) on a day that was probably WAY colder than their wedding day in November 2011.  Not to mention brave Tally puppy, too!  I felt like my fingers would freeze and fall off if they were tapped too hard, but this awesome session was definitely worth the cold digits.  I’m really glad these two took me up on the offer of allowing me to experiment with a borrowed lens in the super cold.  Although I kind of felt like I was not so much Trash the Dress shooting but more trash our body temperatures!  Either way, I thought it was pretty fitting since Calgary doesn’t have any natural beaches or oceans to walk into, nor am I willing to set a bride on fire while wearing her dress (yes, I’ve actually seen this one…), instead we do a TTD in a more “natural” environment that basically screams “Calgary”.  :)  We had to keep telling people that were congratulating the two that they had, in fact, married a while ago and this was just a Trash the Dress session – I believe we had some pretty wild looks exchanged from strangers because of that comment.  We used the awesome Simmons building in East Village as well as the ever famous Peace Bridge close to Prince’s Island Park; you’d think on such a cold day that there wouldn’t be much people traffic but there was! Thank you again to Nicole and Juan Carlos for the amazing time and for allowing me to hopefully not freeze you too much! It was such a pleasure to see you two again, including the ever cute Tally puppy! 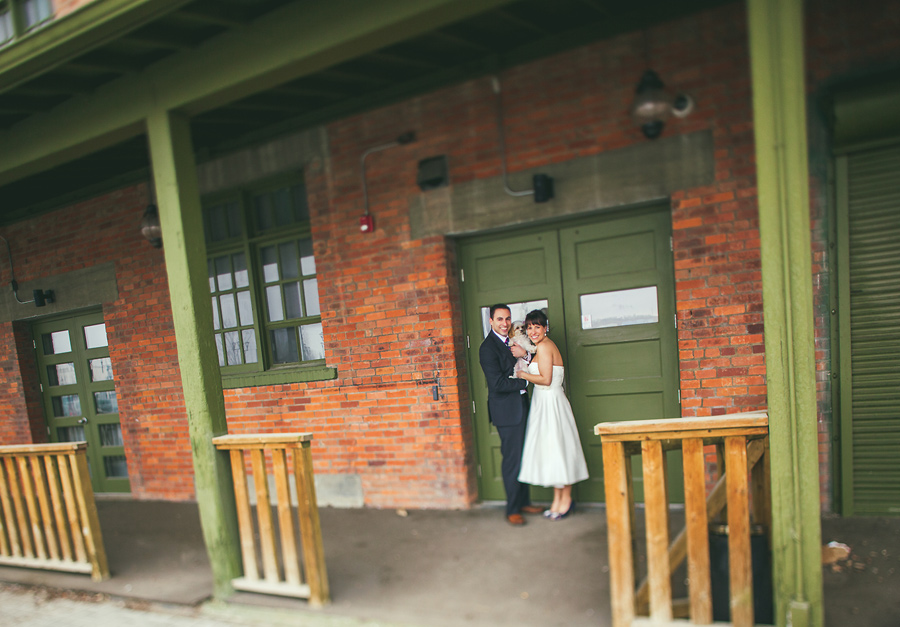 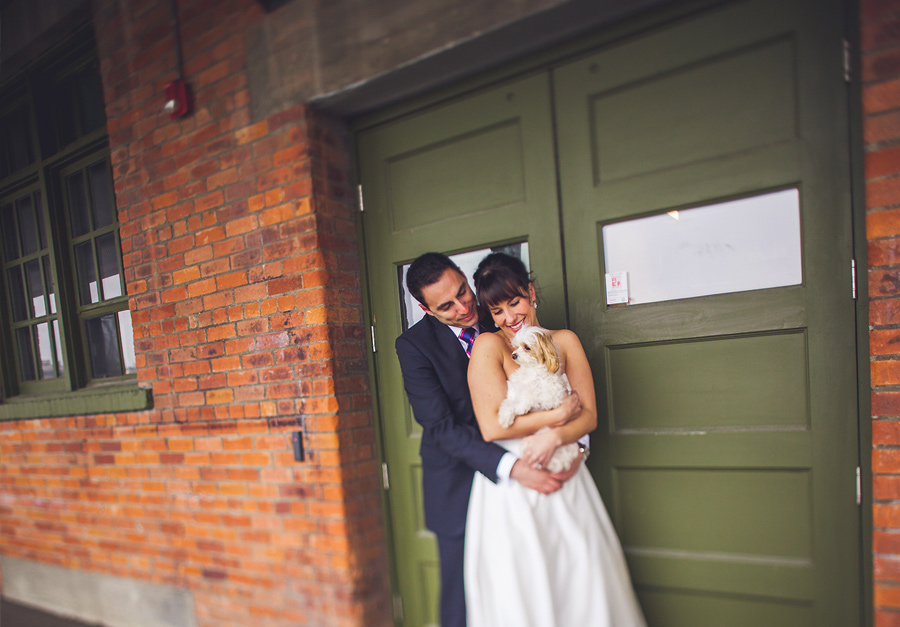 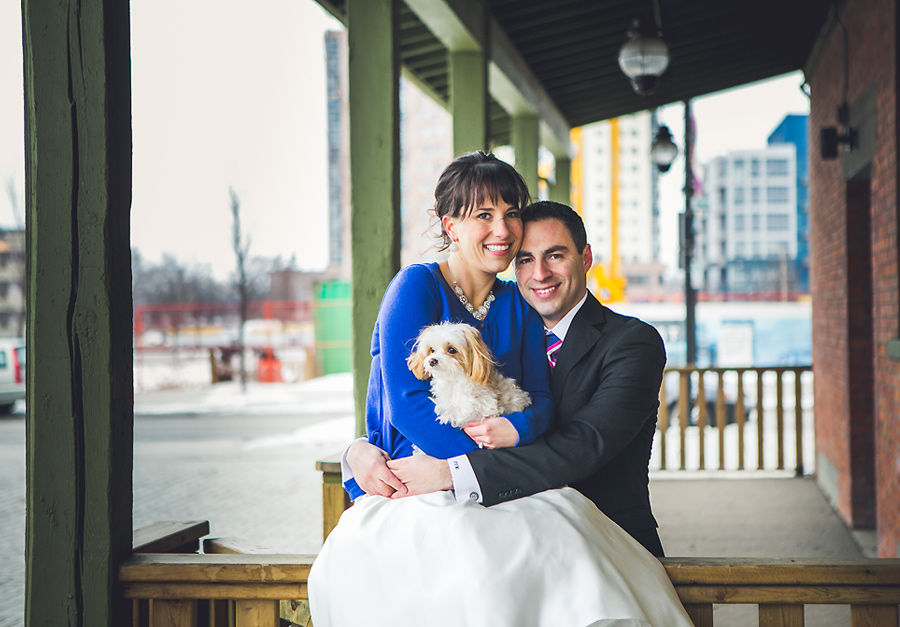 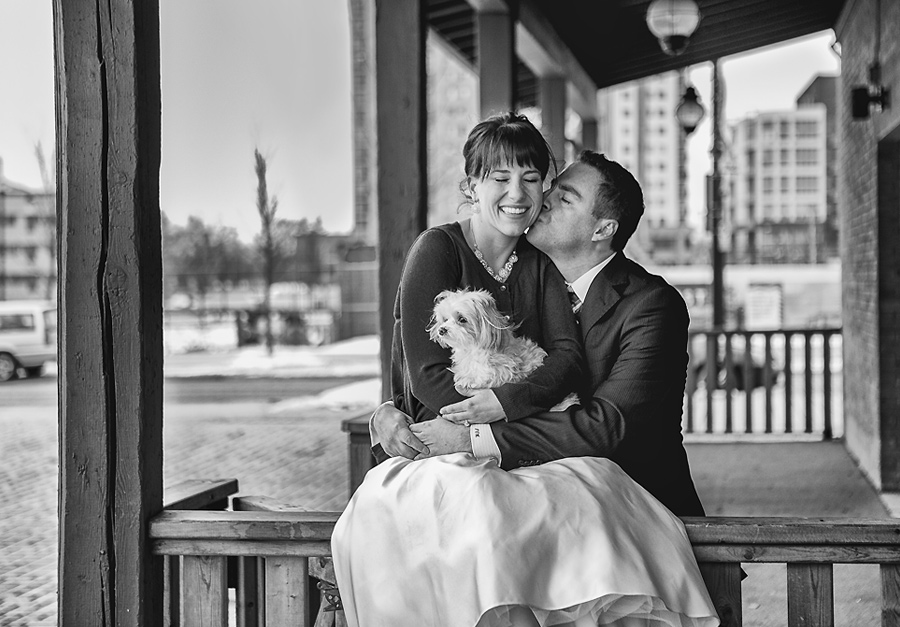 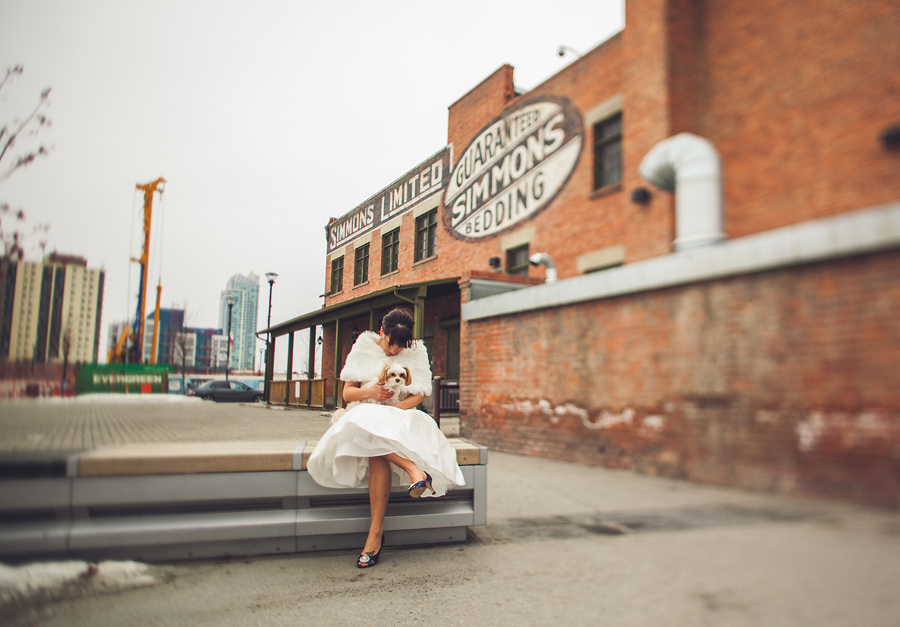 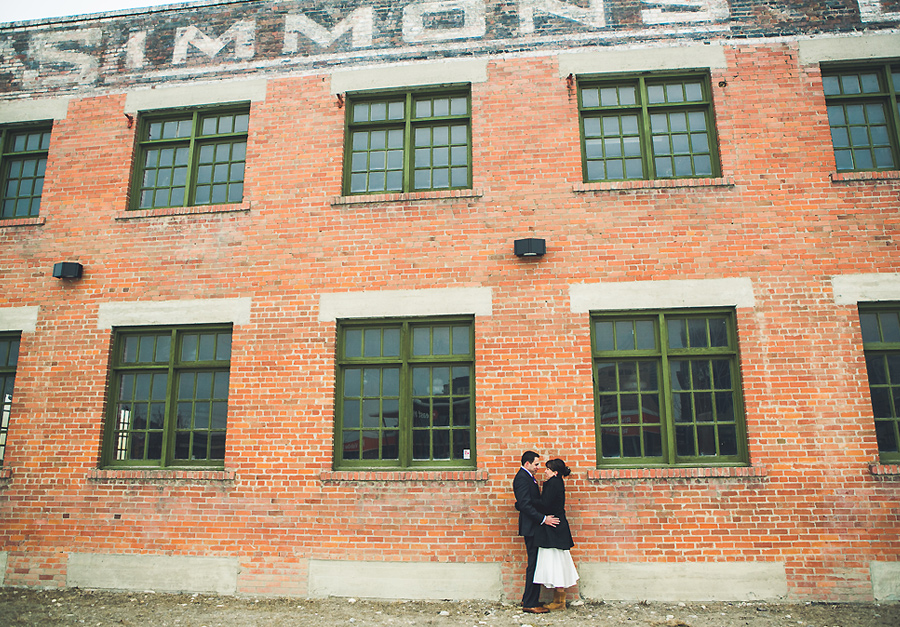 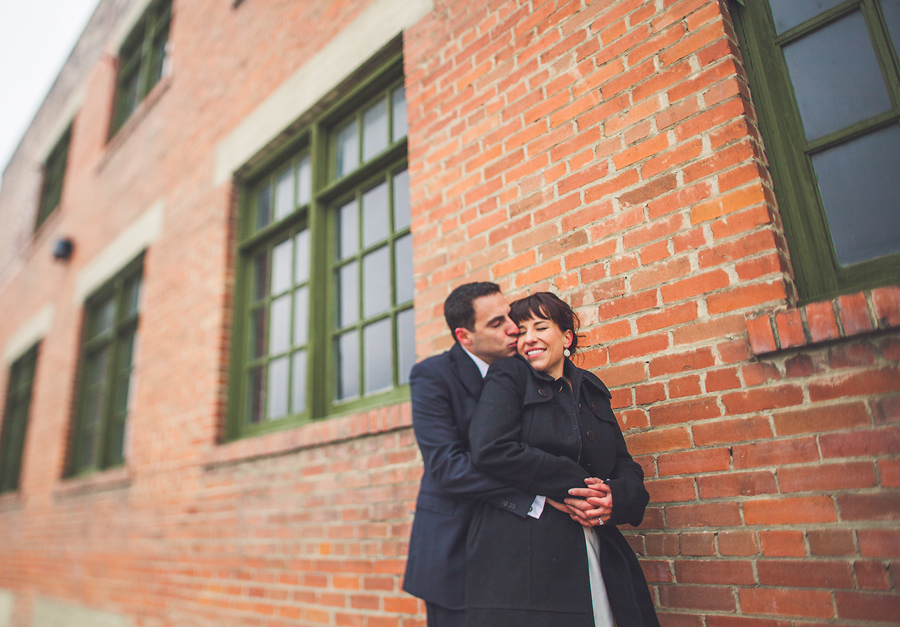 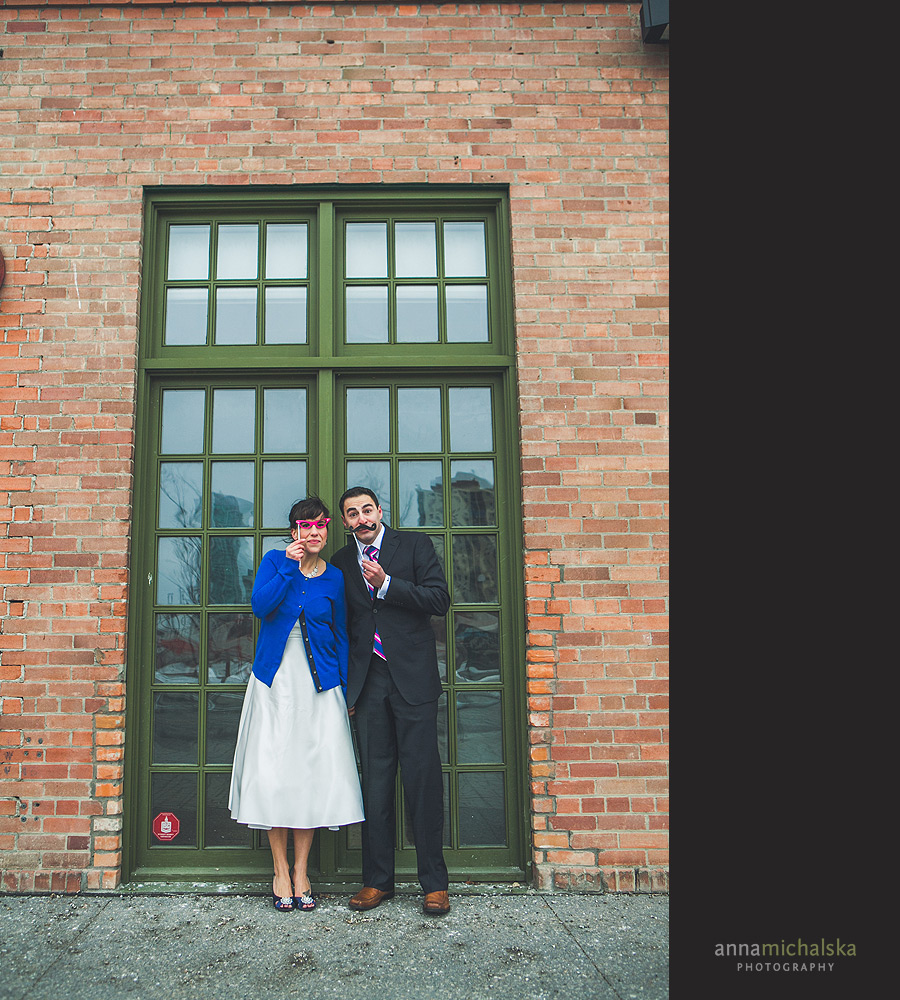 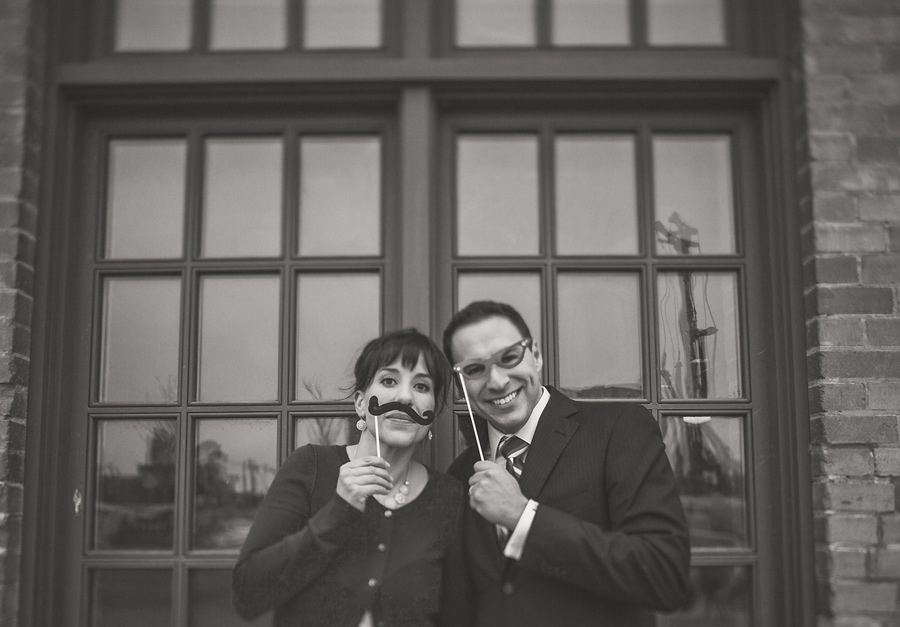 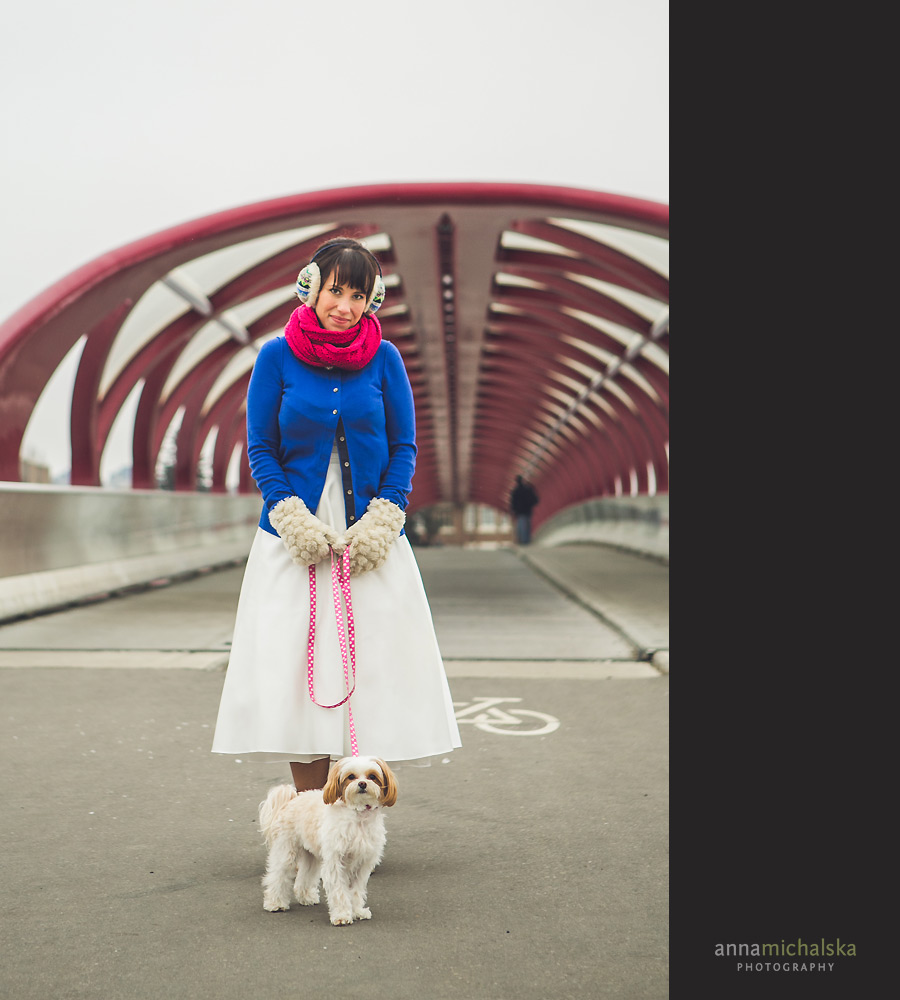 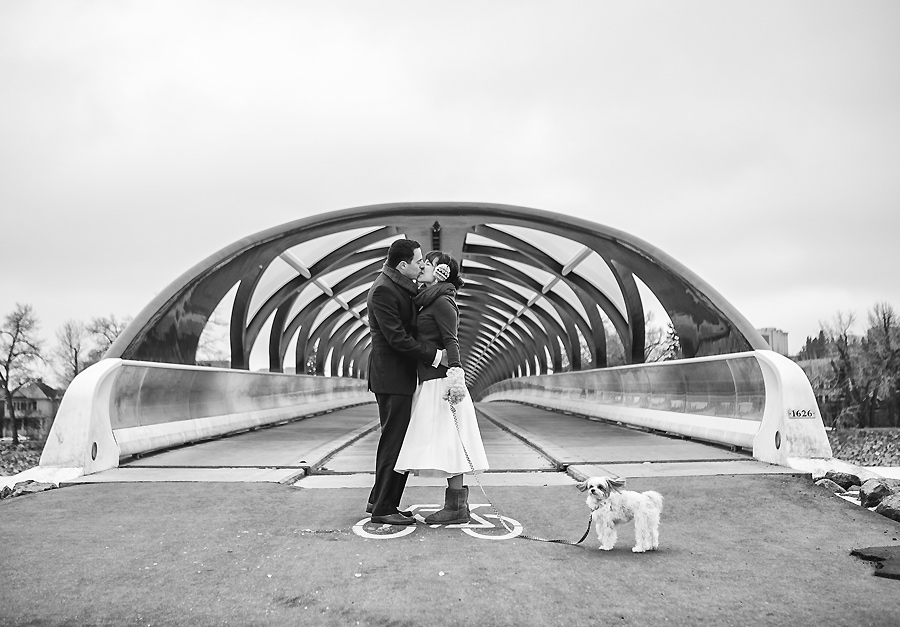 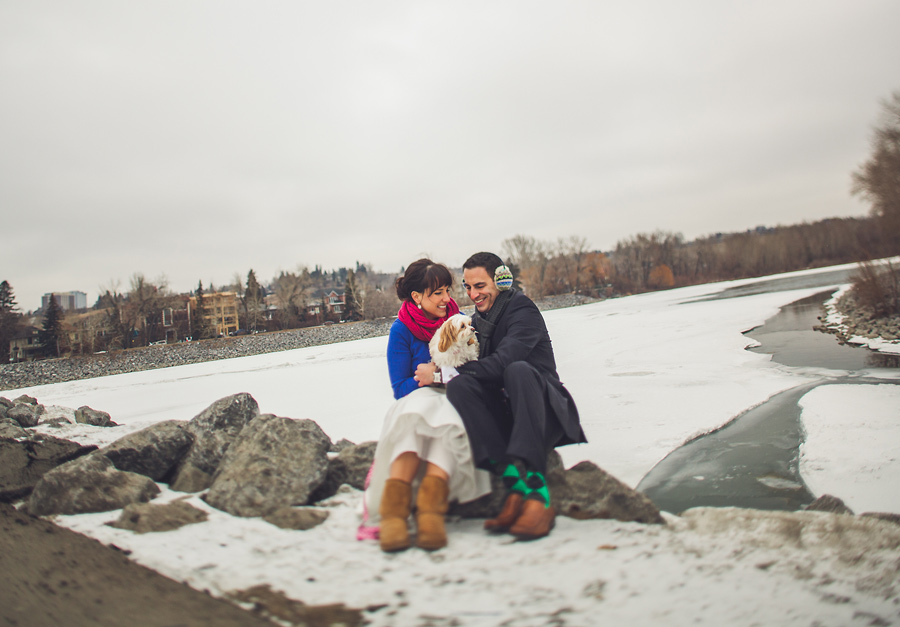 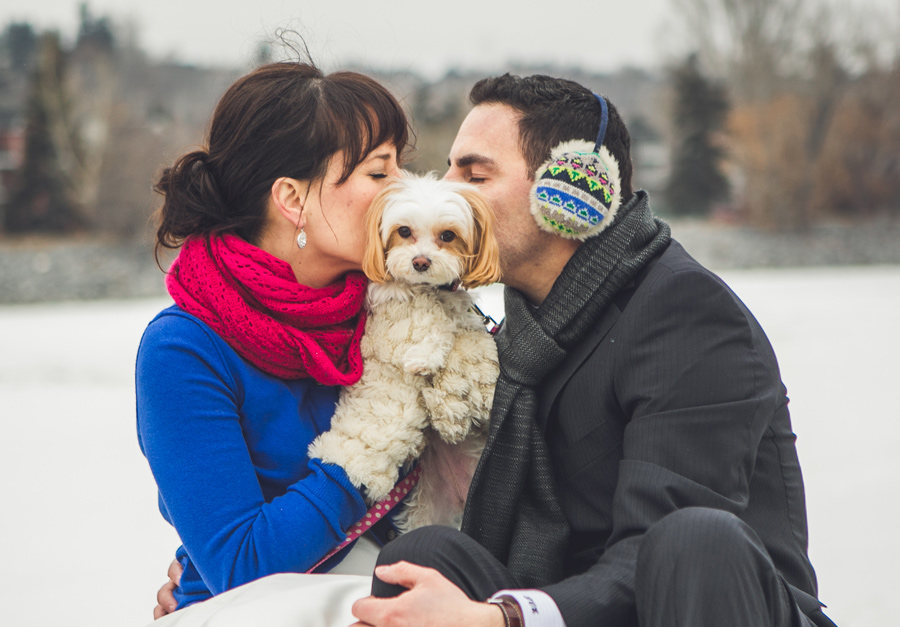 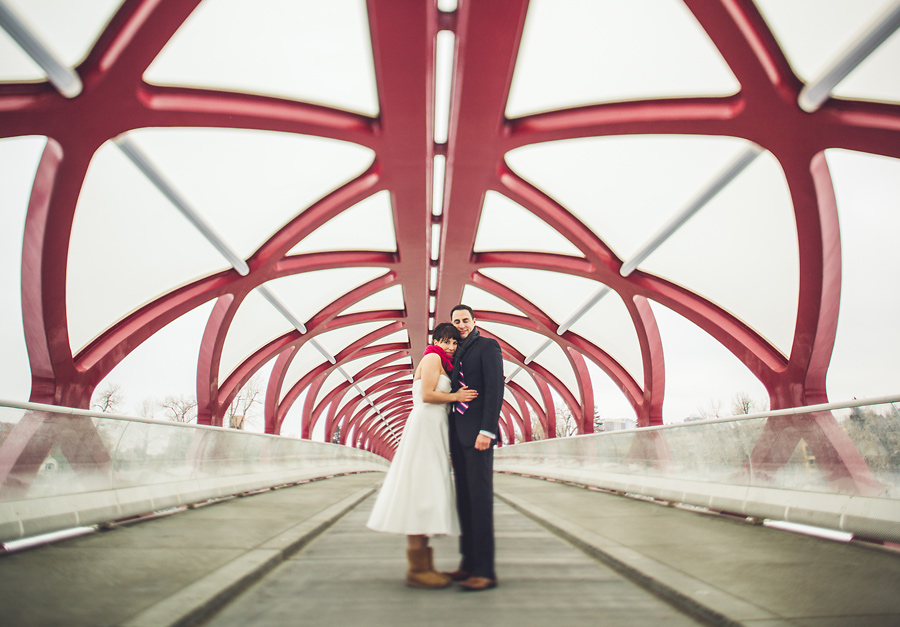 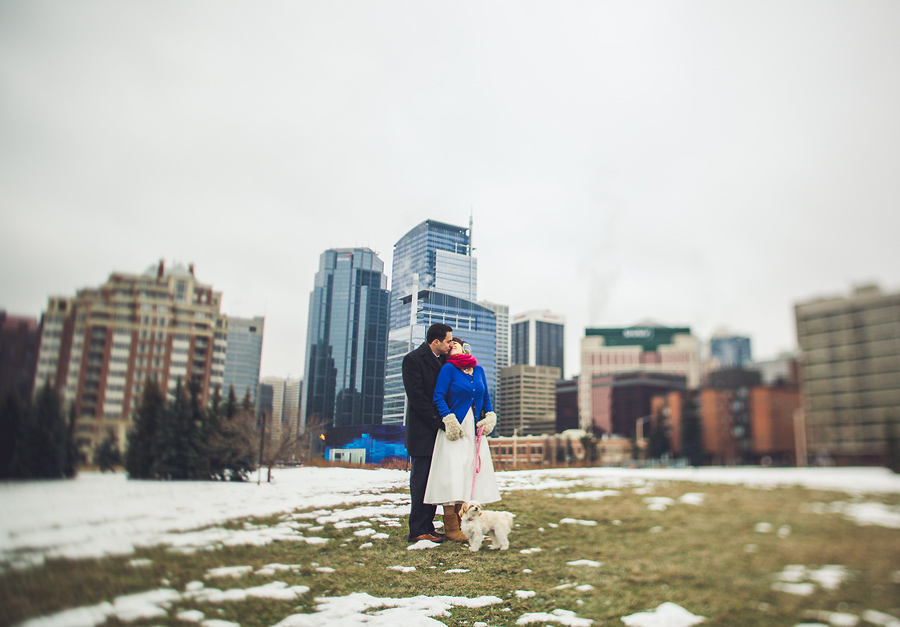 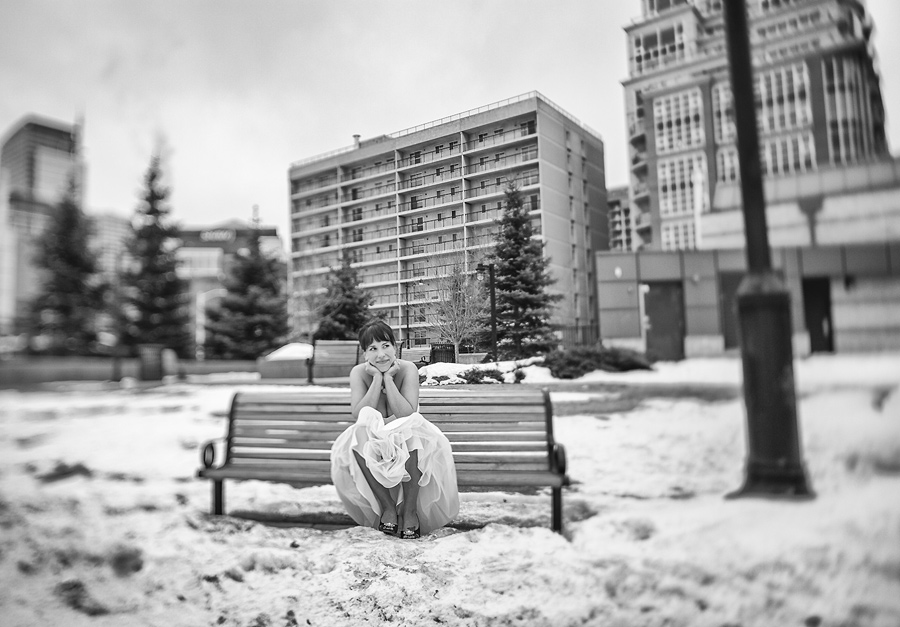 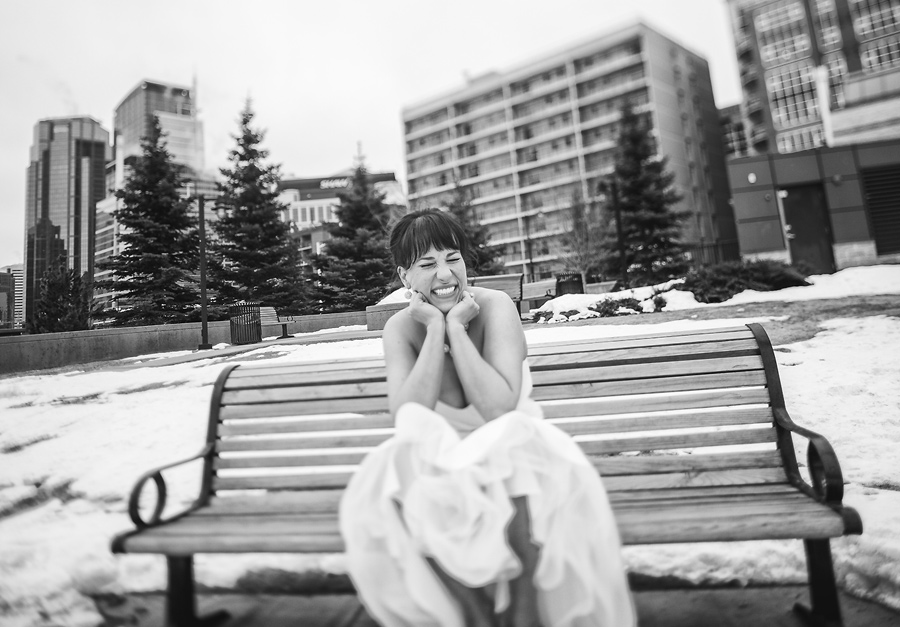