As it turns out, our winners of the Cowboys Shotgun Wedding of 2013 were Sherri and Troy, a couple from High River who were unfortunately affected by the awful floods we experienced earlier this year.  According to The Calgary Sun’s article, Sherri signed herself and Troy up for this contest after hearing about it on the radio – saying that they’ve wanted to get married for a long time but it was never the right time.  Sherri opted into the contest saying that this would be “fast and fun”.  :)  The two have been together for 8 years and have a 6-year-old daughter together.

It was an interesting experience as a photographer; there were 4 other photographers and media persons there in a tight fitted VIP spot in front of the stage to maneuver around in.  The entire ceremony was over in less than 15 minutes and boom, the couple was married and Sherri cried while Terry fist pumped.  They went straight to their cake cutting and family was also there to congratulate them on their nuptials.  I’ll never forget the look on Sherri’s face when she saw the beautiful Tacori ring… she was definitely swept off of her feet!  The Cowboys Shotgun Wedding was a really cool event and I’m pleased to be a part of it! 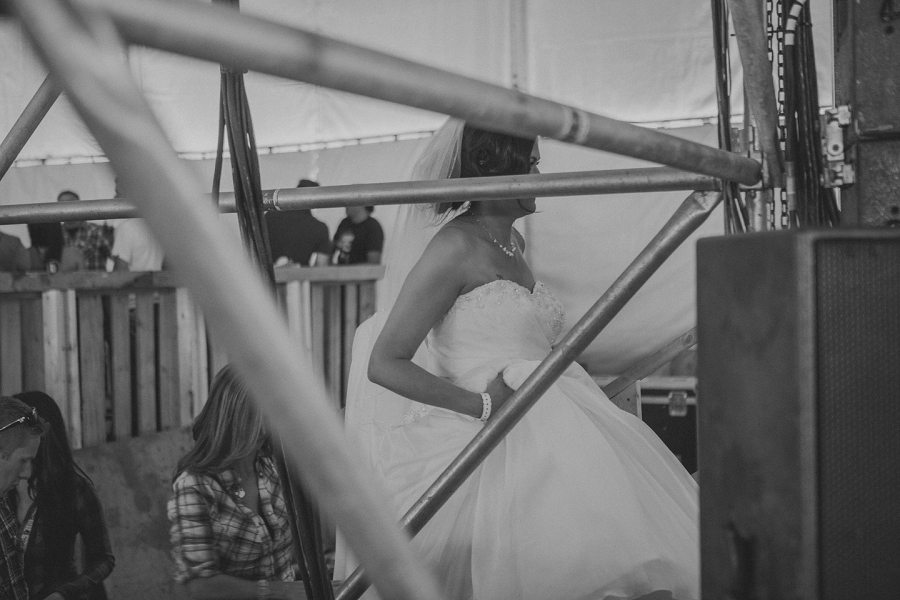 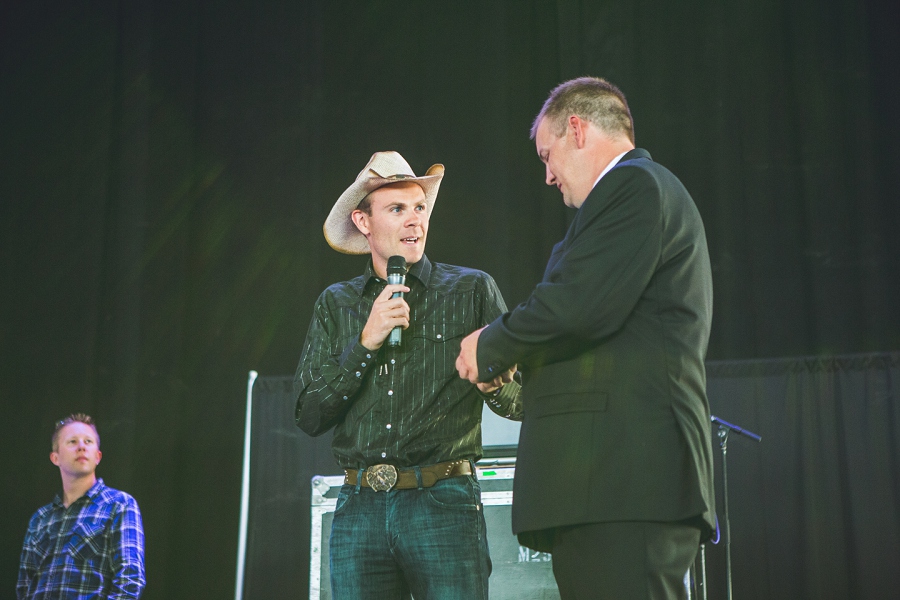 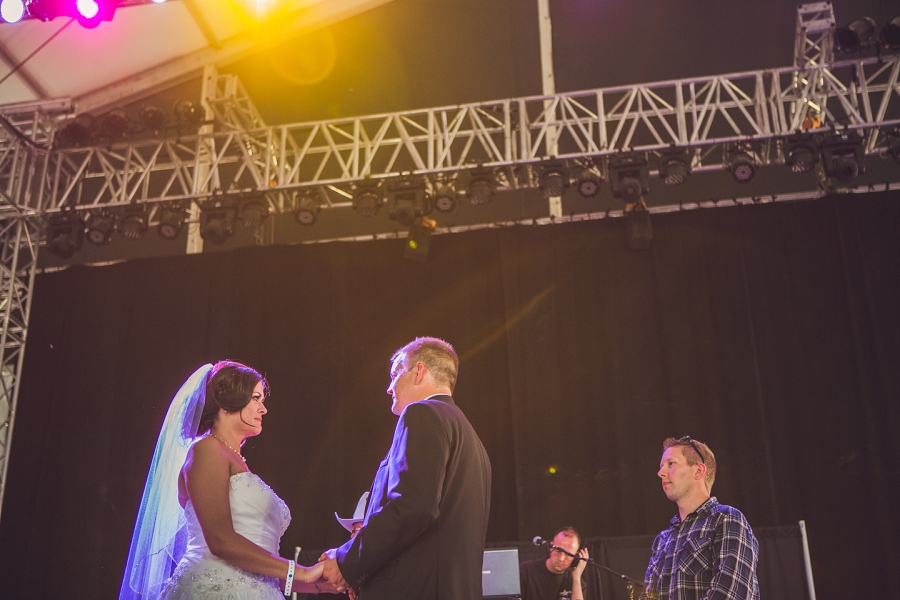 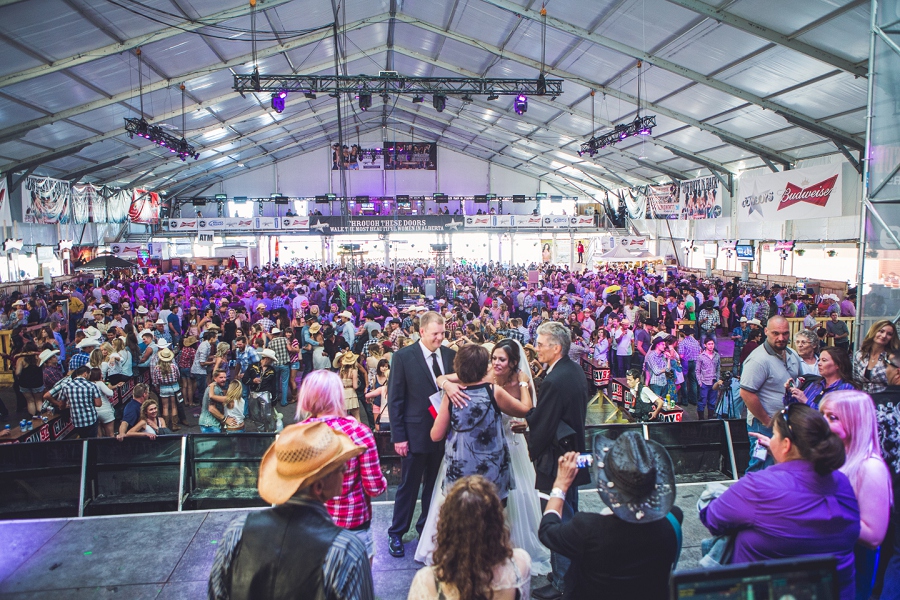