“Tara and Ryan are going out? Wow, that’s perfect! They’re both so… weird!” – I’m paraphrasing what I said when I first learned that these two were dating. You see, I’ve known these two for a while, and I know them from separate instances. I met Ryan through volunteer work in early college, and I met Tara through an art meet-up also in early college. Neither of these two knew the other existed… until they met each other at a Supra car club they were both a part of many years later.  I had wondered if they would ever end up dating, because they seemed like two fantastically quirky individuals that would be excellent (and excellently “weird”) together.  You can imagine the joy I left upon learning that they eventually started dating each other.

Fast forward many, many years later, Ryan popped the question while walking down Stephen Ave with Tara. Of course, she said yes!

I sent out my questionnaire to them, with their answers below. Honestly, their sweet replies made my day when I read through them. I simply cannot wait to photograph their wedding this August! 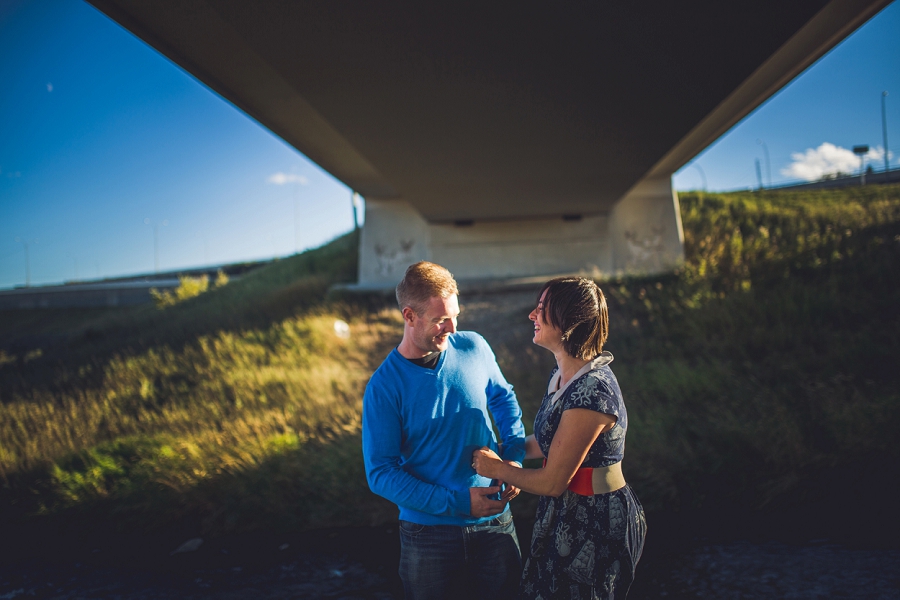 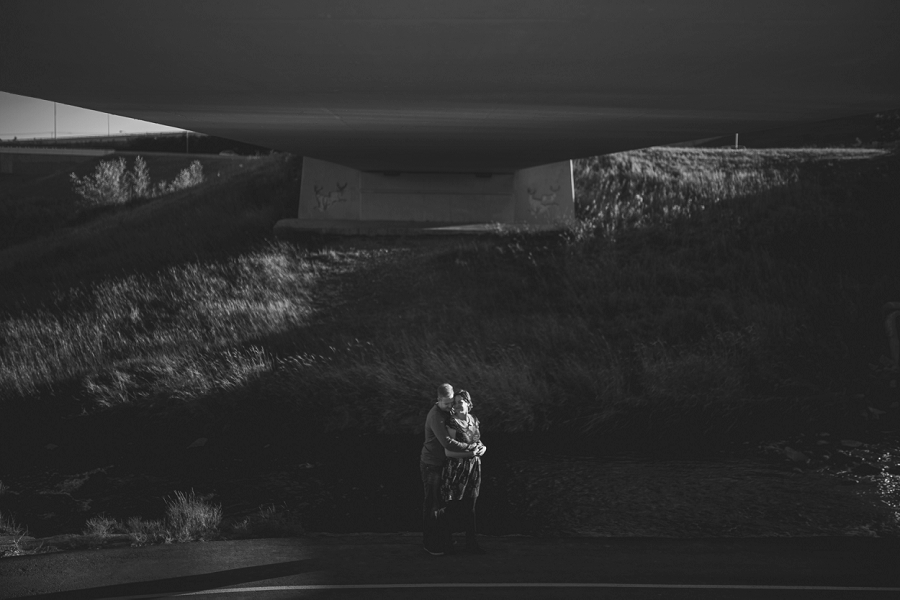 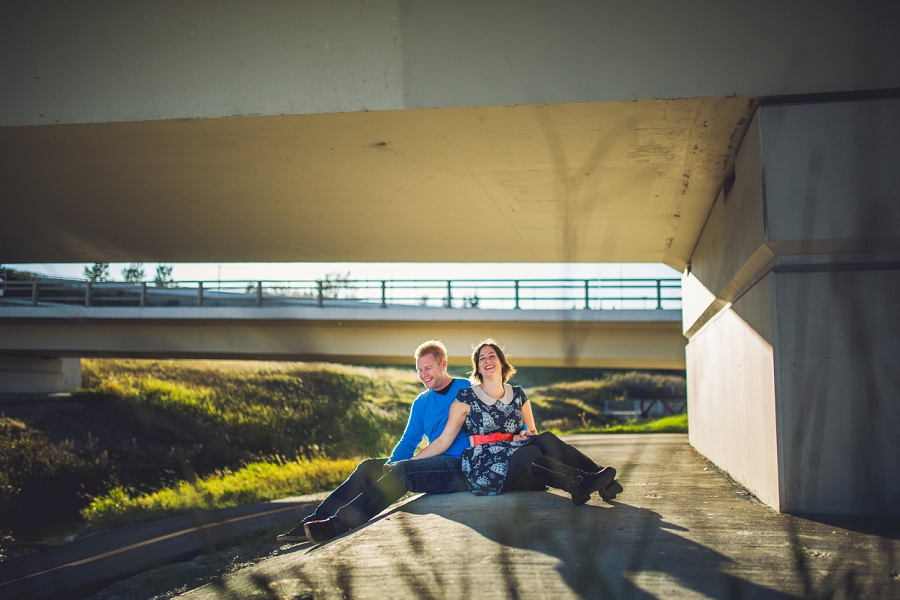 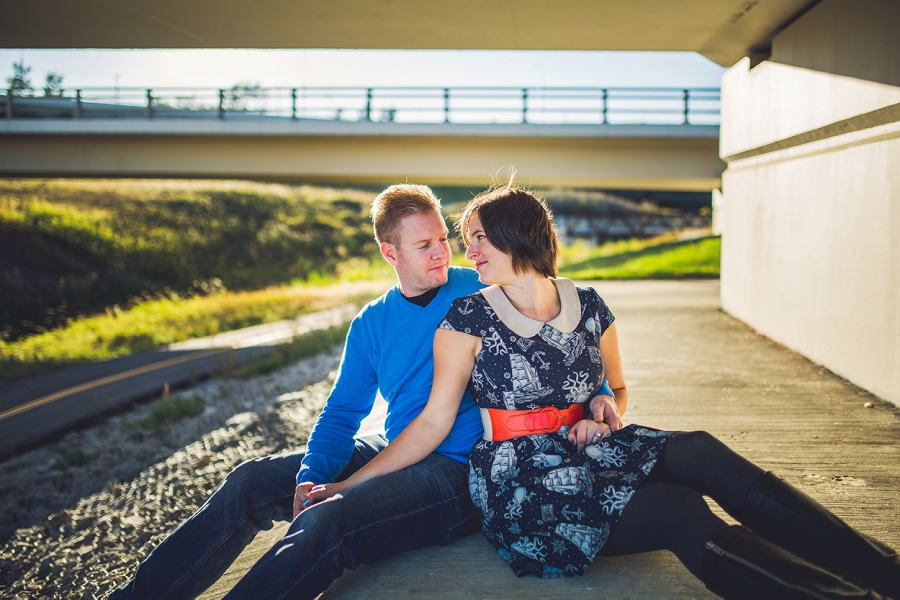 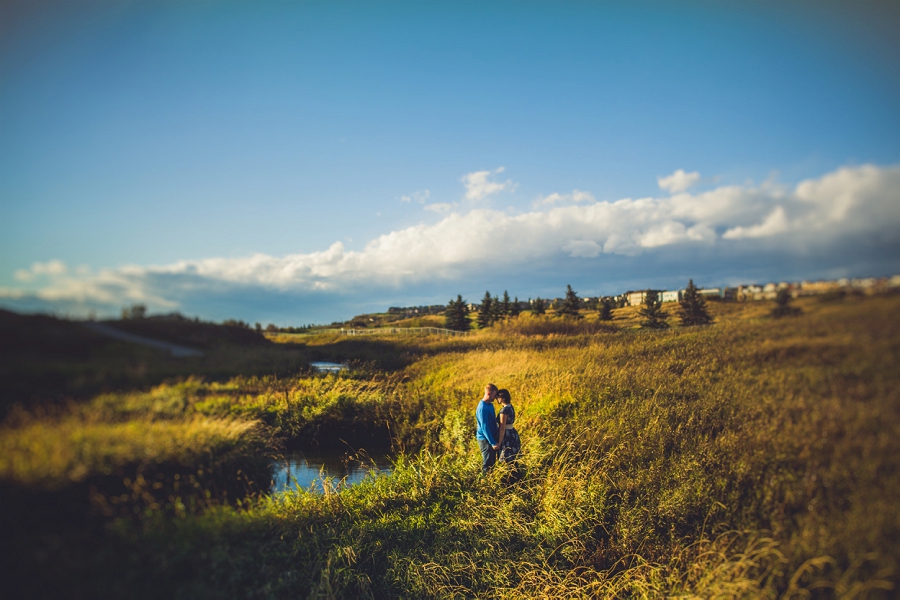 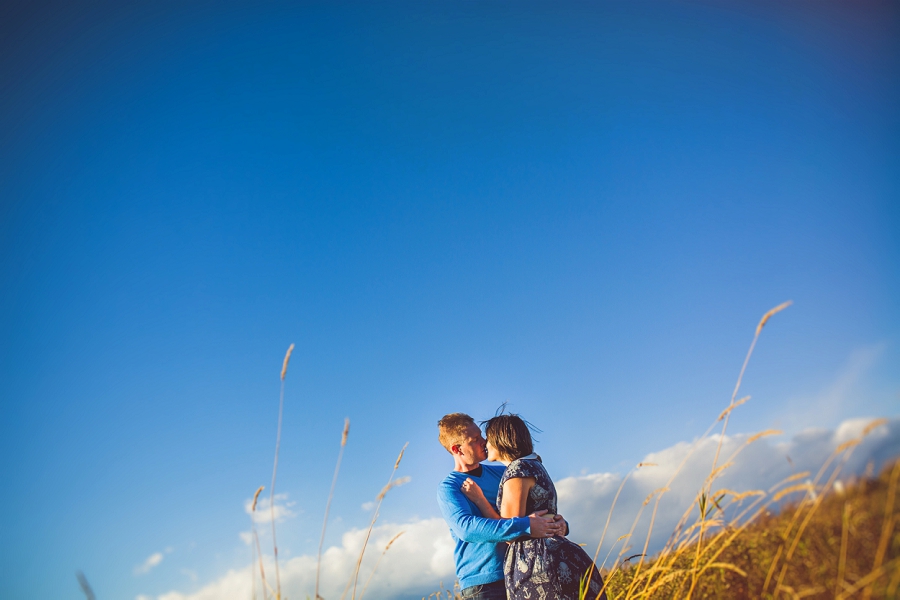 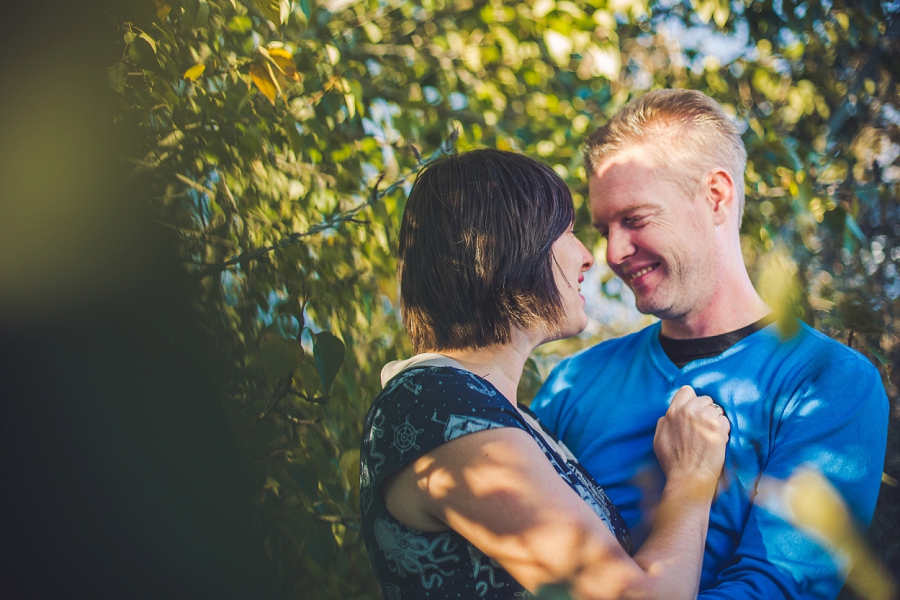 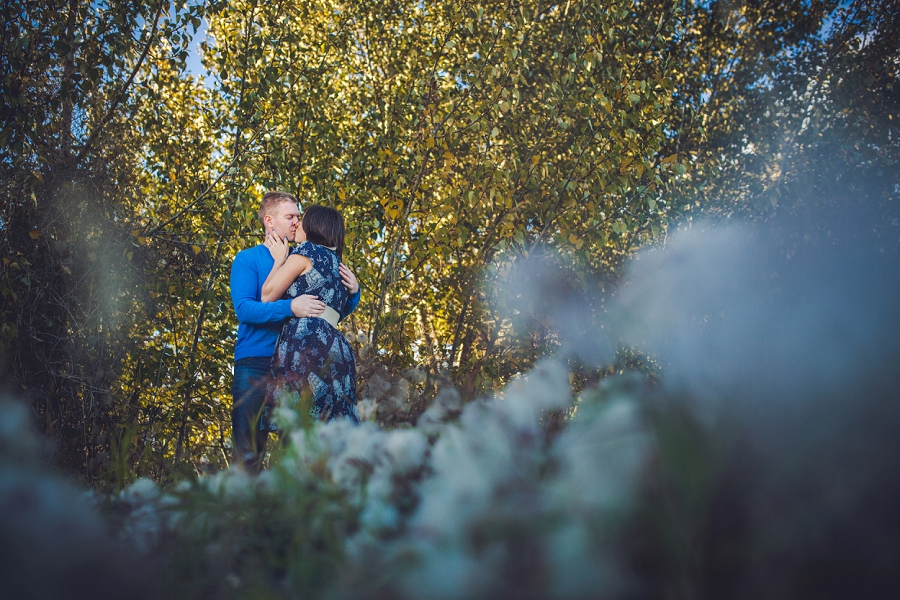 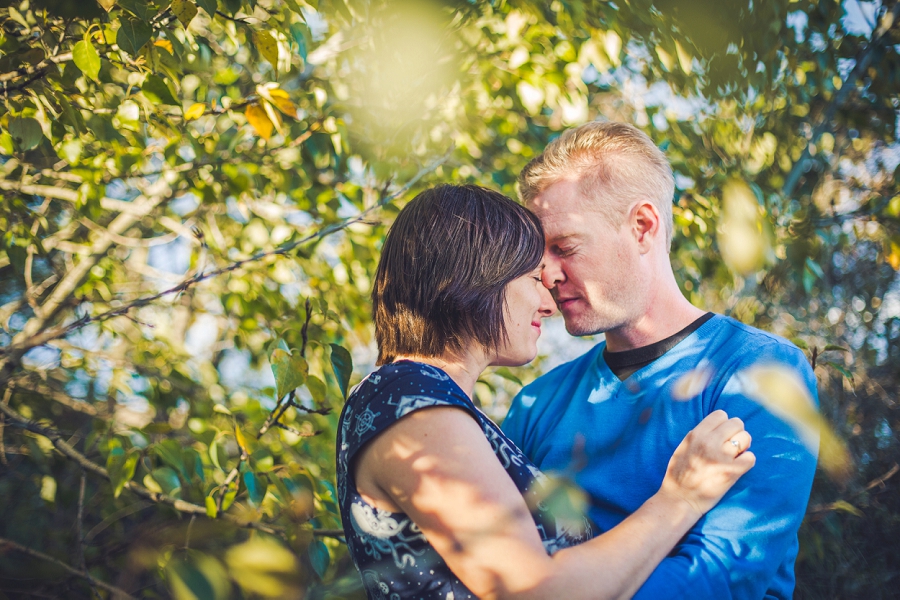 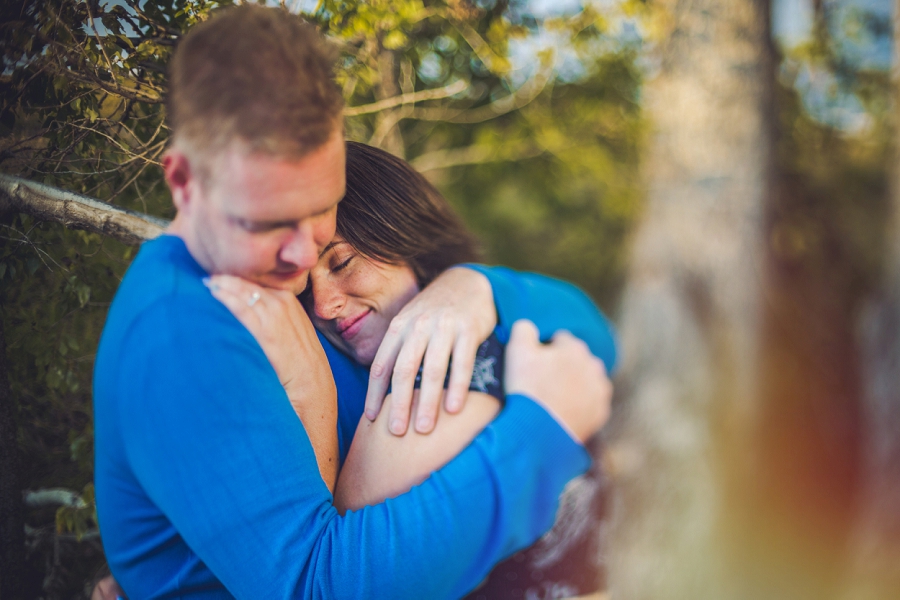 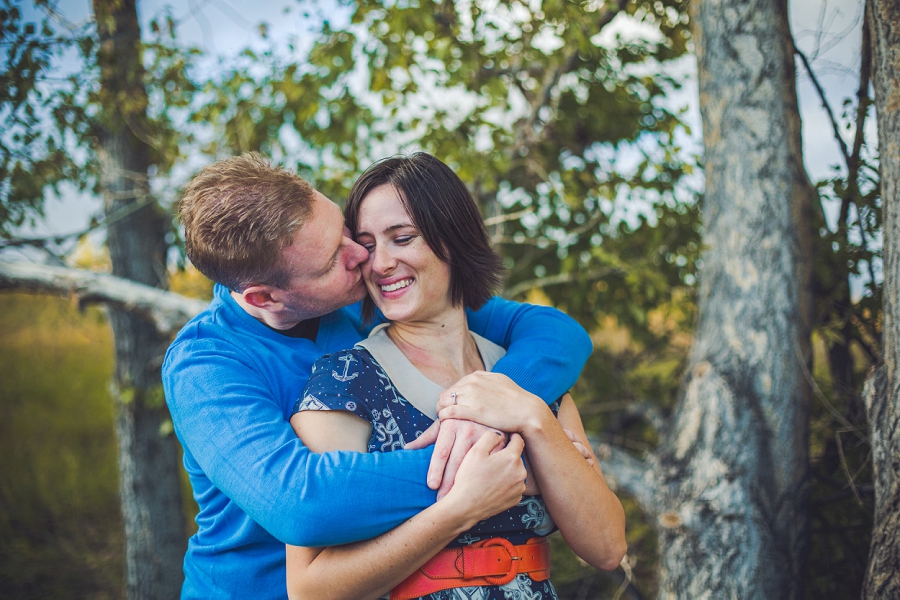 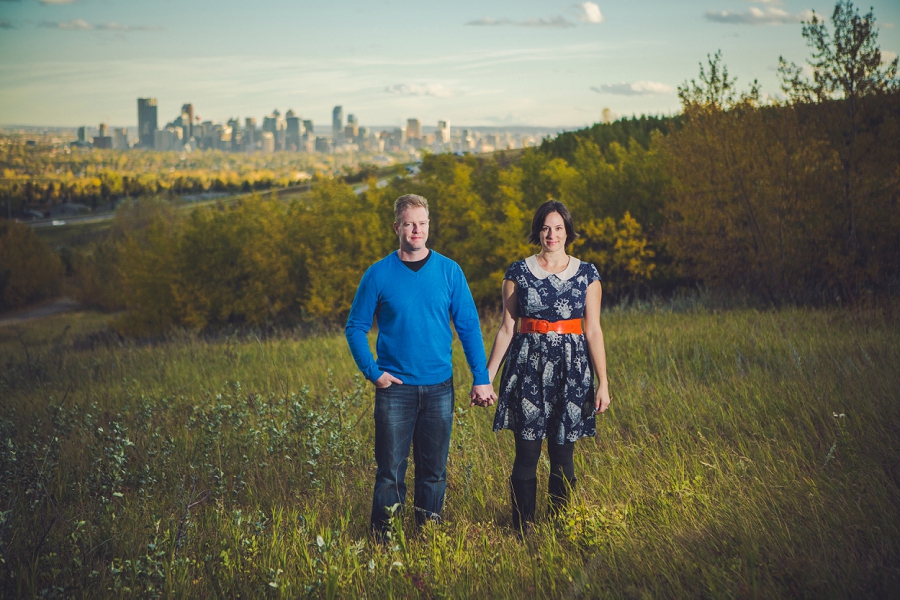 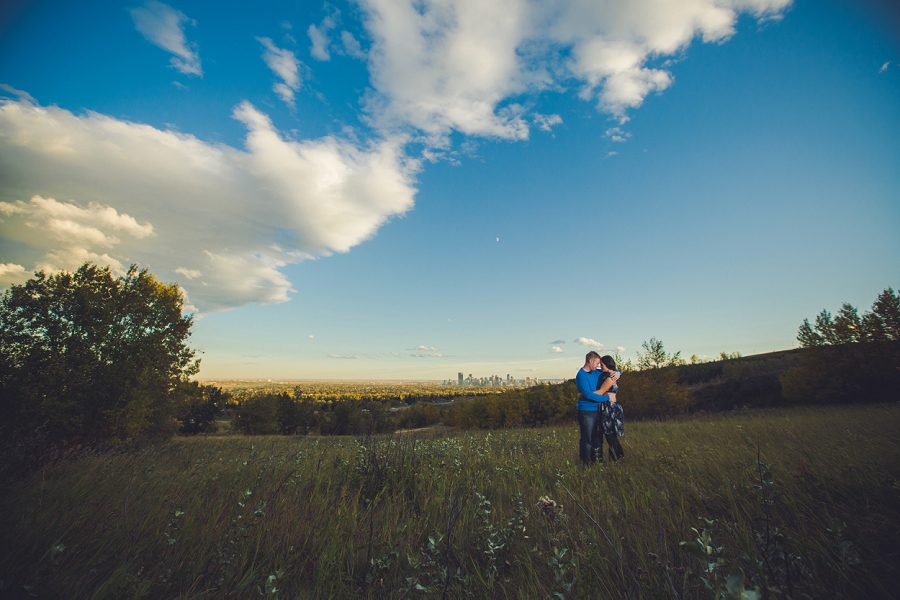 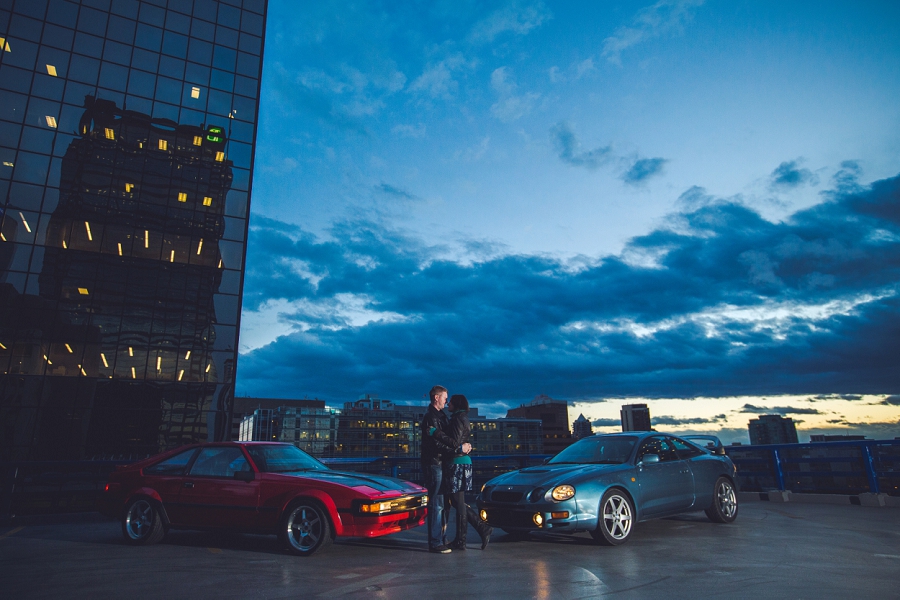 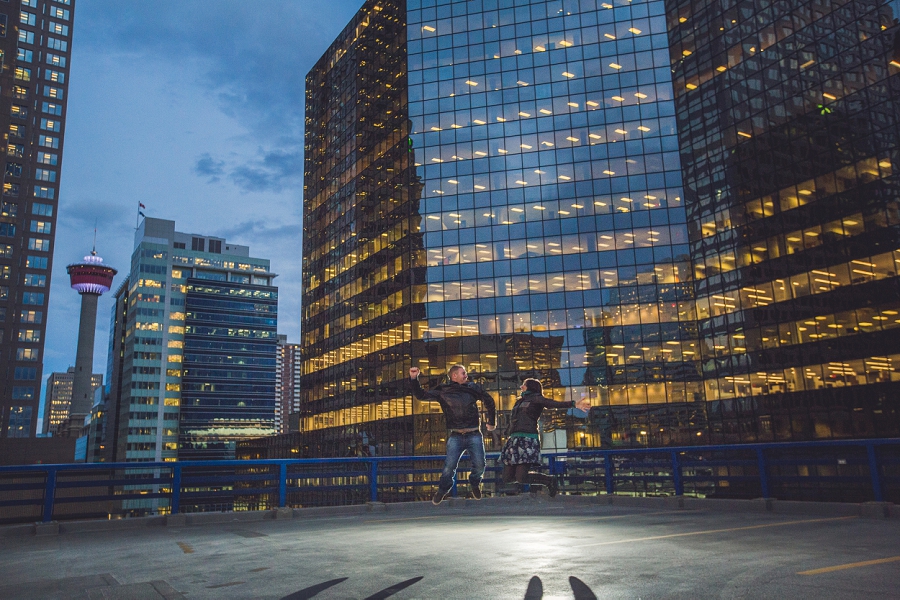 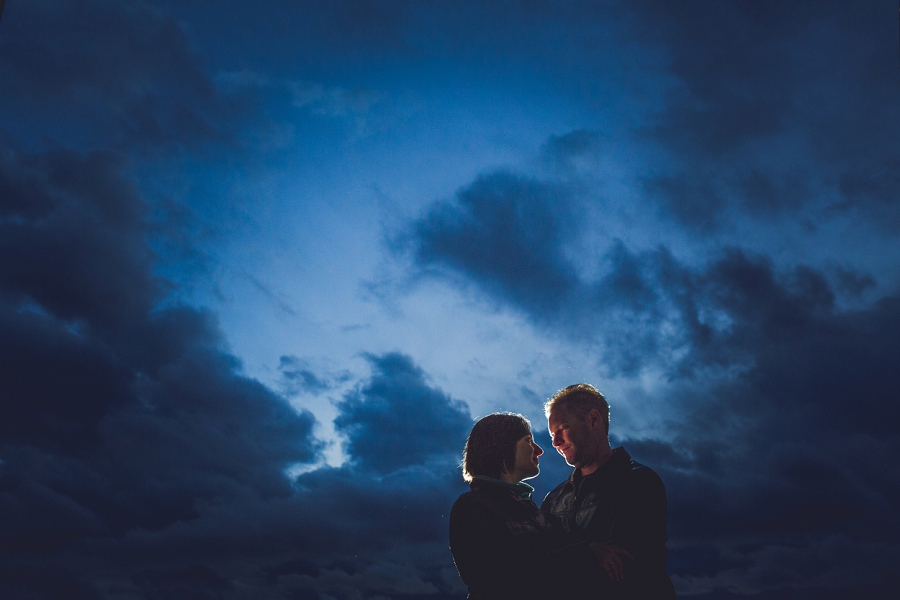 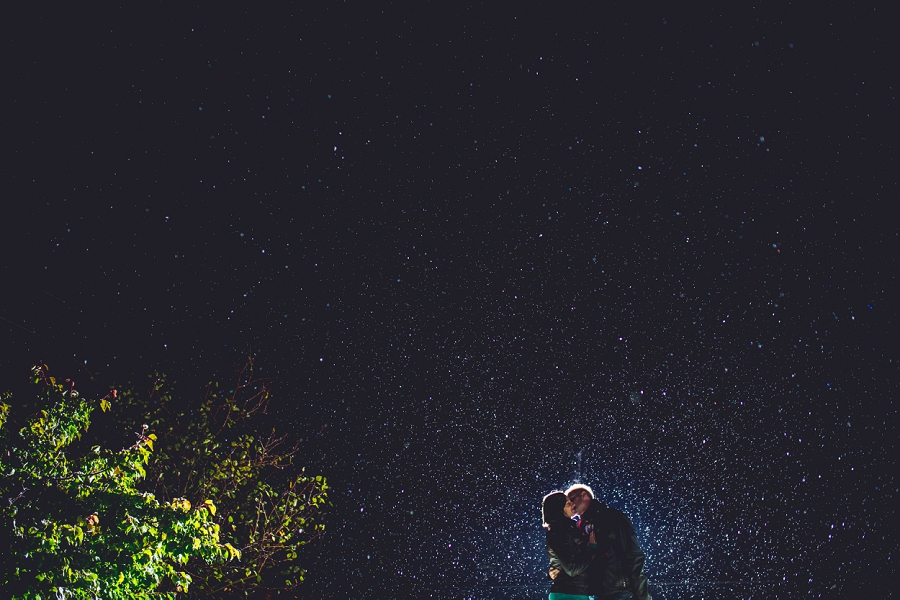 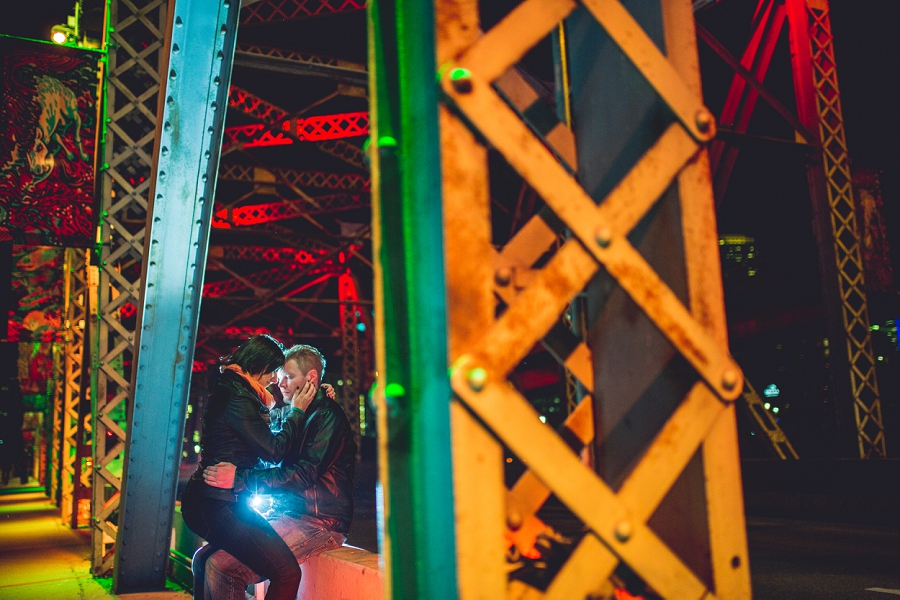 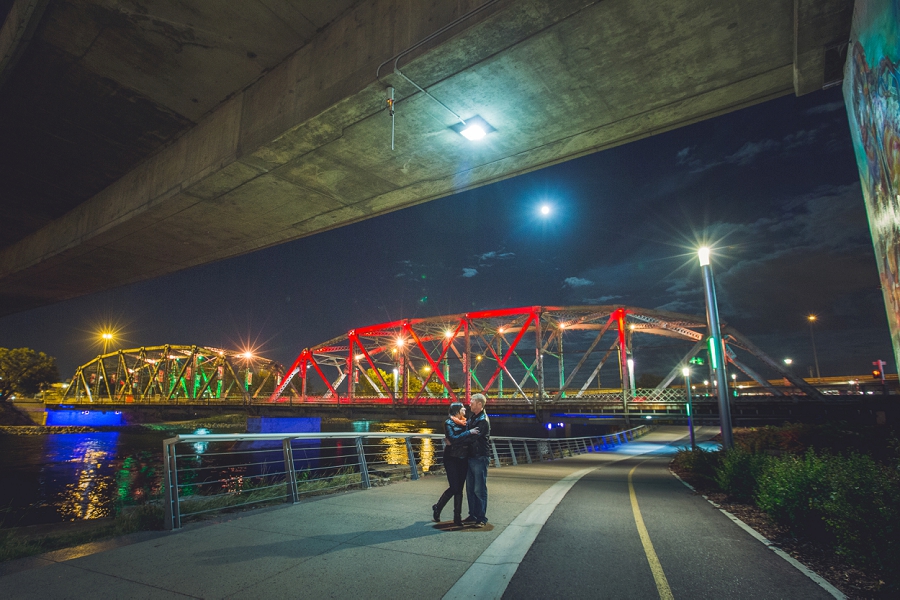 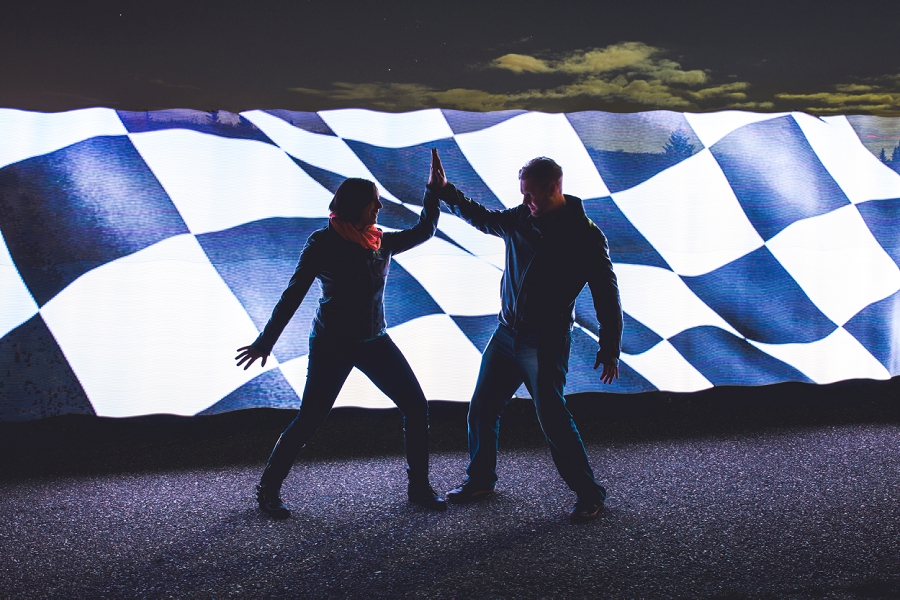 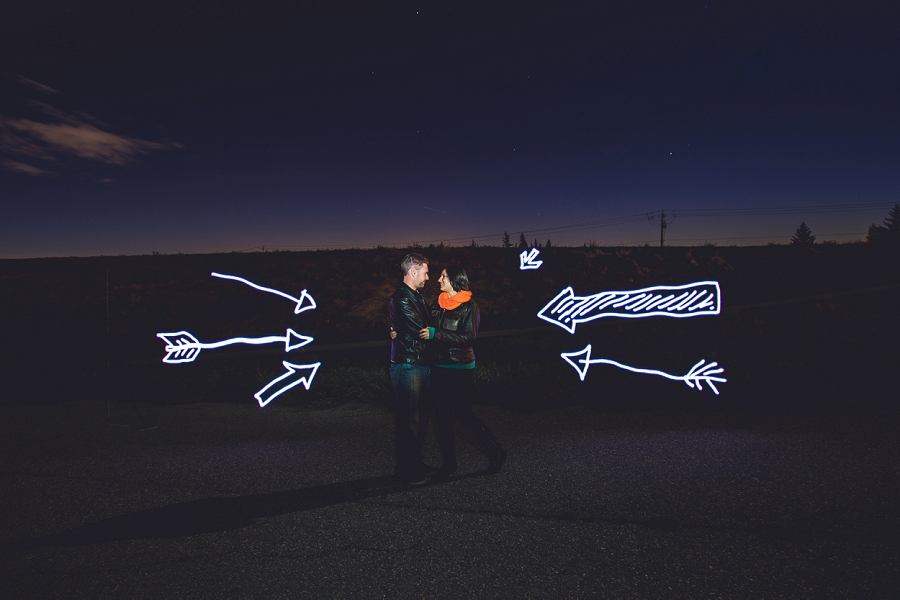 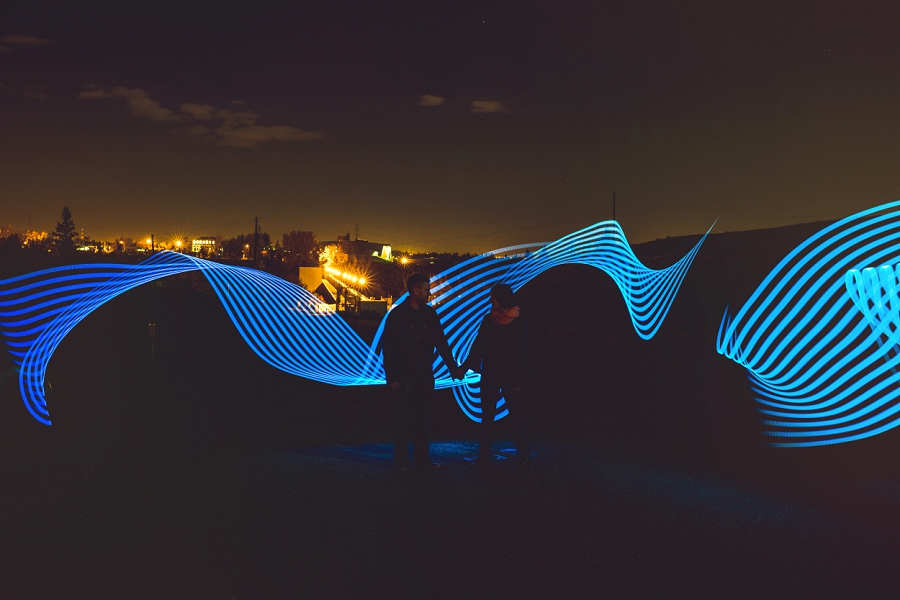 How did you two meet, and what were the initial thoughts or feelings of one another about the other?
Ryan: “We met at a Supra meet, and I thought she was weird because she was super interested in all the cars but wouldn’t talk. When she did, she spoke with her hand in front of her mouth, which was super weird. I didn’t realise she had Bell’s Palsey, but I had a big bandage on my finger, so I guess it was meant to be. (Bell’s Palsey is a temporary paralysis of half the face.)”
Tara: “Ryan, upon my reading out this question, immediately broke out in slightly hysterical laughter. I think he might be crazy?
Anyways, we met in a car club. I had a rusty pile of crap, and he had the fastest and shiniest car at this meet in Edmonton. I had only been driving stick for a week, but managed to drive all the way there from Calgary. I recognised him from having seen him once through a mutual friend, but refused to talk as I was experiencing a particularly bad case of Bell’s Palsey and half my face was paralysed. He had recently had the tip of a finger crushed off, and had a ridiculously large bandage on it. We were a sight. Once the meet was over, after a harrowing drive out of Edmonton with me trying to follow this guy through traffic in an unfamiliar city in a horrible car, I messaged him on the online forums for the car club, asking if he was the person I thought he was, and generally being super chatty. Anyways, we became friends, and he asked me out, and I blew him off because I was seeing someone. The persistant bugger hung around until that was over and convinced me to go on a date with him.”

What brings you two together, and what do you enjoy spending time doing together?
Tara: “Cars, karate, travel, skiing, scuba diving, going for walks, being outside, snuggling kitties, cooking, and baking!”
Ryan: “Bottom line is we love to do things together. Going for walks, driving our cars on the track, dance lessons or just sitting down for a nice dinner. Anything we do, is more fun to do with each other.”

Describe an event or memory that was significant about one another, and how your feelings or thoughts may have changed/grew as a result.
Tara: “When we bought our home, we built a shop together. Meaning that Ryan planned the entire thing, and I helped by (grudgingly) following instructions. It was wonderful to see his training as an engineer in action. It brought me a new level of respect for him and his abilities.”
Ryan: “Just living with Tara is wonderful, knowing how kind and loving she is. Watching her grow and succeed with her career has been awesome too.”

Tara adds, “Ryan is unabashedly goofy and I love that about him. He doesn’t take life too seriously, and works so hard for everything he has. I have so much respect for him!”. Ryan also adds, “Tara is a beautiful person, inside and out. I am lucky to have someone so intelligent, fun loving, and sweet in my life. I have been so happy to grow to know and love her, and see her finish school, start a career and be successful and fulfilled. I look forward to spending my life with her, and eventually being that adorable, doddering old couple.”