Talk about the unexpected!  When Adriane and Ryan inquired me for their engagement session photos, I never thought it would be something as fun and awesome as a nerf gun fight.  Adriane and Ryan both live outside of Calgary, but are having their wedding in Calgary, and made a special trip into town to meet with their friends, family, and bridal party.  They decided to have their engagement session photos in a way that includes their most important people and to have a lot of fun.  We started planning their engagement session with the idea that we’d have a bit more snow to have a snowball fight, but that quickly went down the drain when Mother Nature just didn’t provide the snow we were hoping for.  Not ones to be discouraged, Adriane and Ryan came up with the idea for a Nerf gun fight in the snow instead.  I gotta say, it was the coldest and numb-est my toes have ever felt, but it was totally worth it.

I brought along my Polaroid Cube for this session to capture some first person perspective of the action while taking photos.  Check out the video below the images!

How did you two meet?
Adriane: We initially made contact online: through a website called “How ‘Bout We”. We each came up with a date idea, “How ‘Bout We….go for a 5km run and grab a coffee” (Ryan’s) and “How ‘Bout We…wear white t-shirts, grab some bbq (no napkins!) and eat junk food like 10 year olds” (Adriane’s). Ryan made the move with me (he was the first and only person I’d talked to online) and the messages got longer, larger and more in depth, fast. We chose to meet in Red Deer, since Ryan lived in Edmonton and I lived in Olds. We met for coffee and went for a run. Our first meeting was intense. We had a very instant connection and spent hours (like, 15!) together on our first date, just talking and getting to know each other. I, personally, thought: “WHO is this guy!? He is like no one I’ve ever dated before.” He was physically different than anyone I’ve dated. But more than that: the kind of emotional and mental connection that I felt hanging out with him was special. I knew that immediately. I felt like he was home. I was attracted and was very quickly invested emotionally (although I totally played it cool…). He quickly became my best friend and the person that I wanted to share everything with. I still feel that way.
Ryan: My instant thoughts while checking Adriane out online were “WHO is this girl? She’s absolutely amazing. She’s smart, funny, beautiful.” I couldn’t wait to meet her. Then when we actually did meet, she was everything I expected and more. She was the perfect height, and her smile lit up the coffee shop that we met at. I was nervous as shit. All our talking from texts had made it so much easier to connect, like I never had before. Our first run together: I was enamored by this bombshell of a woman and how sporty and perfect she was. I still wake up, everyday, realizing how amazing Adriane is and how lucky I am to have her in my life.

What are some common interests that binds you two together?
Ryan: We’re both sporty types, from going skiing / snowboarding during the winter, to biking, golfing, running, hiking, and camping during the summer. The outdoors is our playground. We are also both fans of Apple products, which means we share the same religion (the church of Jobs…lol). We both LOVE food, and Adriane has expanded Ryan’s pallet significantly. She’s quite the foody and should really start a website of restaurant reviews. She’s really good at it. We hold each other accountable for our goals, and support each other in them. We also love to travel and get away whenever the opportunity arises.

Share a sweet memory with us!
Adriane: I went away to Bali, really early into our relationship. I wouldn’t let Ryan be my boyfriend before I went. It was something important that I needed to do as a “single lady”, even though we both knew I wasn’t really…. During the course of my trip, he never pressured me to make a choice about our relationship. He was just an awesome friend and supportive of me doing my own thing. Halfway through my trip I changed my flight home to arrive in Edmonton, rather than back to Calgary. I knew Ryan was the first person that I wanted to see when I got back home. He met me at the airport with flowers (that might have been the first bouquet that I had received from him, but certainly not the last). He kissed me and whispered “Now, will you please be my girlfriend?”. I knew that he was special and that saying yes to this was important and would be a benchmark event for our relationship: so I said yes. I know that he will always support me in whatever I do, whether it’s an “US” venture or something that’s just for me. I know that he is always the first person that I want to see when I’m coming home. We WANT to be in each other’s lives and I don’t think it gets taken for granted very often.
Ryan: I took Adriane with me on a work trip to San Francisco. We took a couple of extra days while we were there to enjoy everything the area has to offer. One morning, we got up before dawn and drive into Salsalito Bay. There was a breakfast shop right by the water that was open, grabbed a coffee, and watched the sunrise together. Seeing her face reflect in the sunlight, being in the most beautiful place on Earth I had been to, and having her with me there, made me wish I had an engagement ring with me. It was in that moment that I realized how much I wanted to be with this woman for the rest of my life and to share every moment and experience with her. 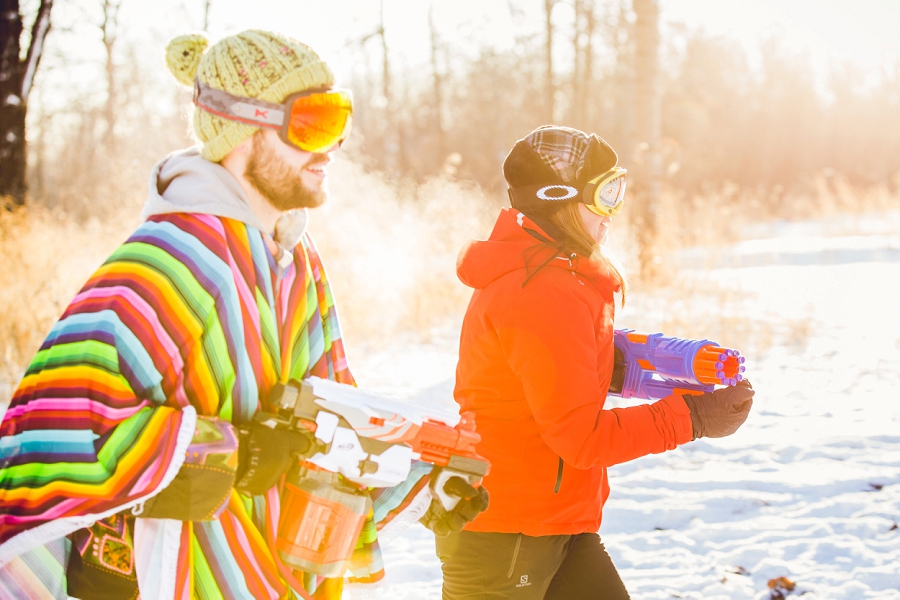 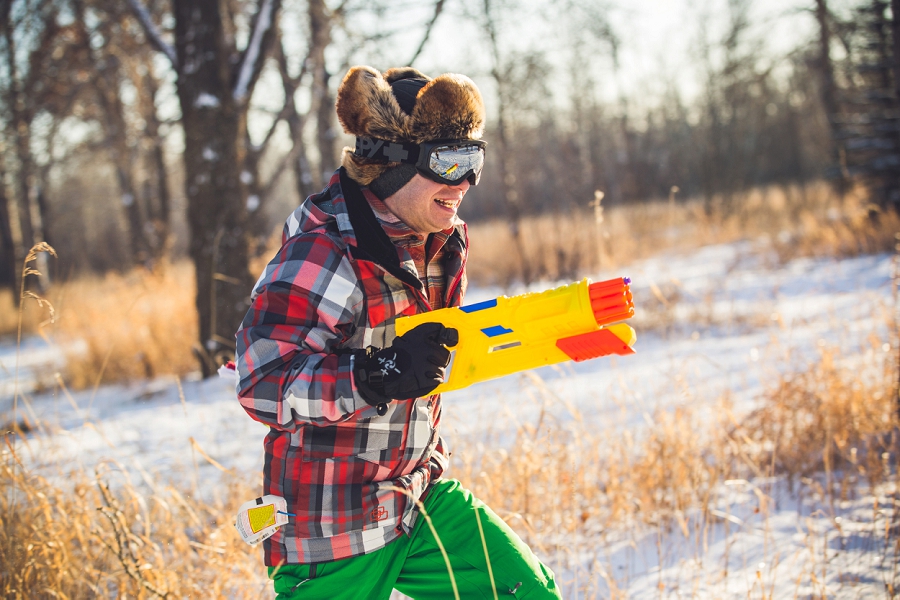 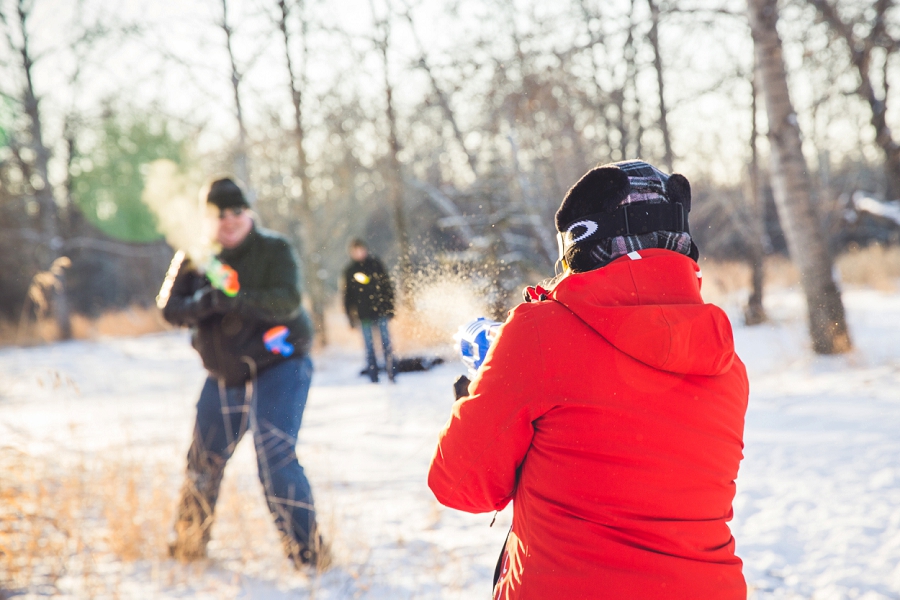 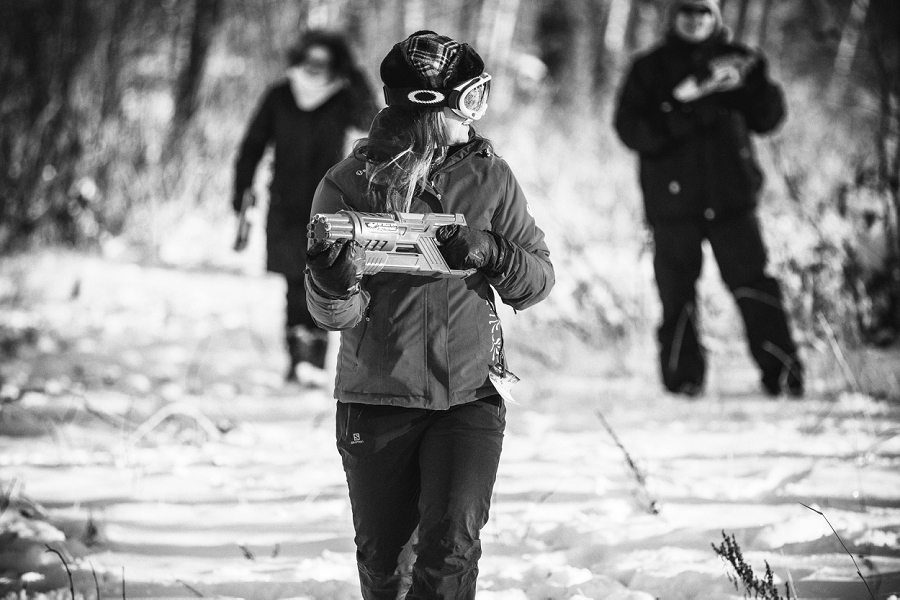 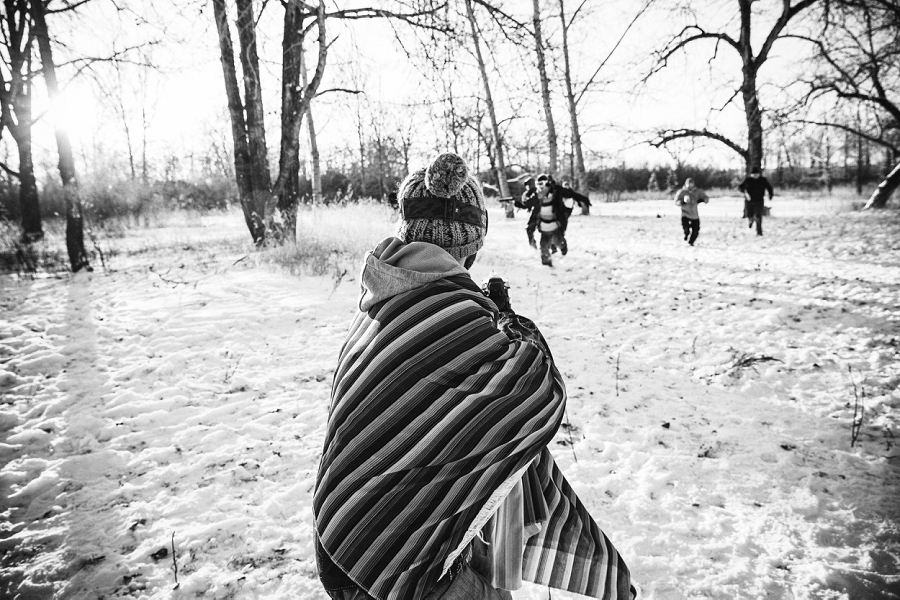 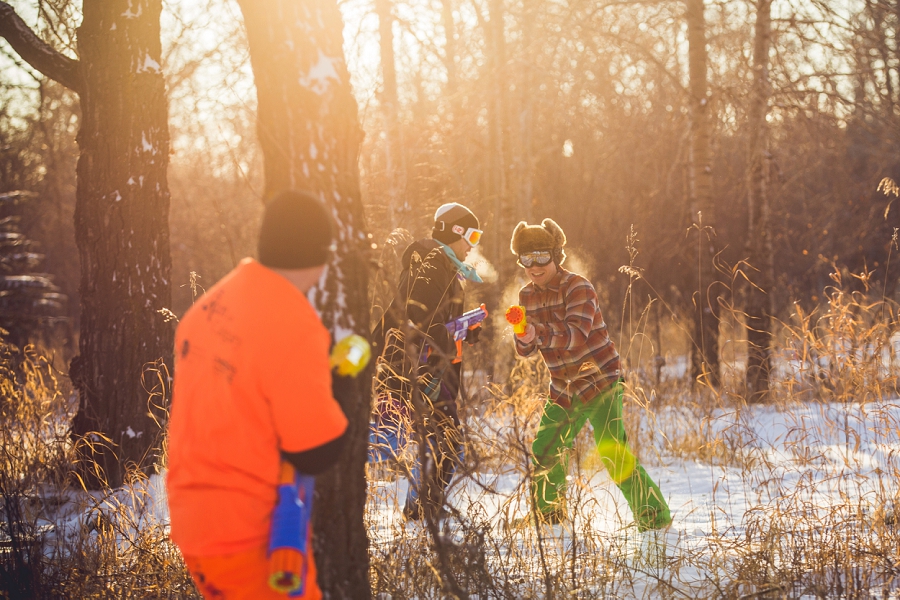 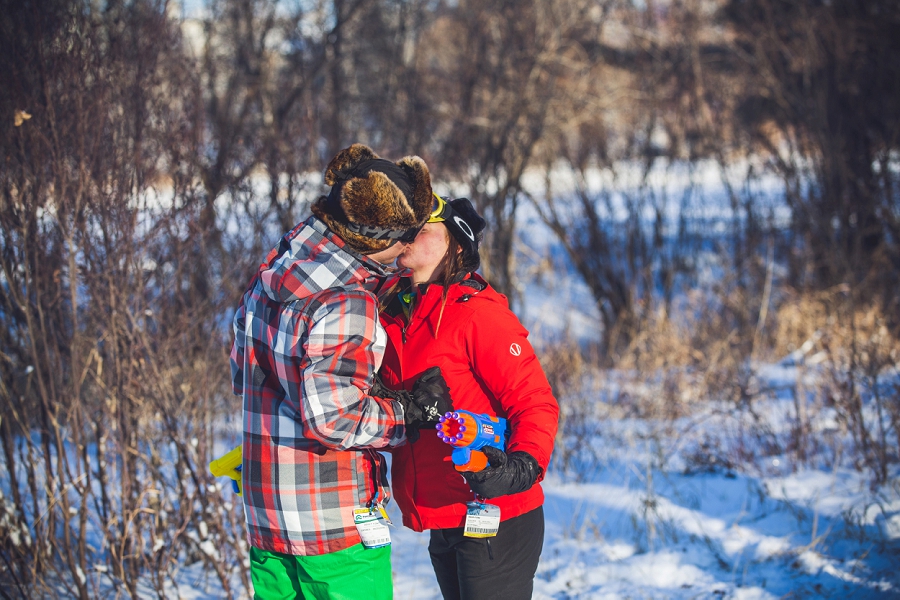 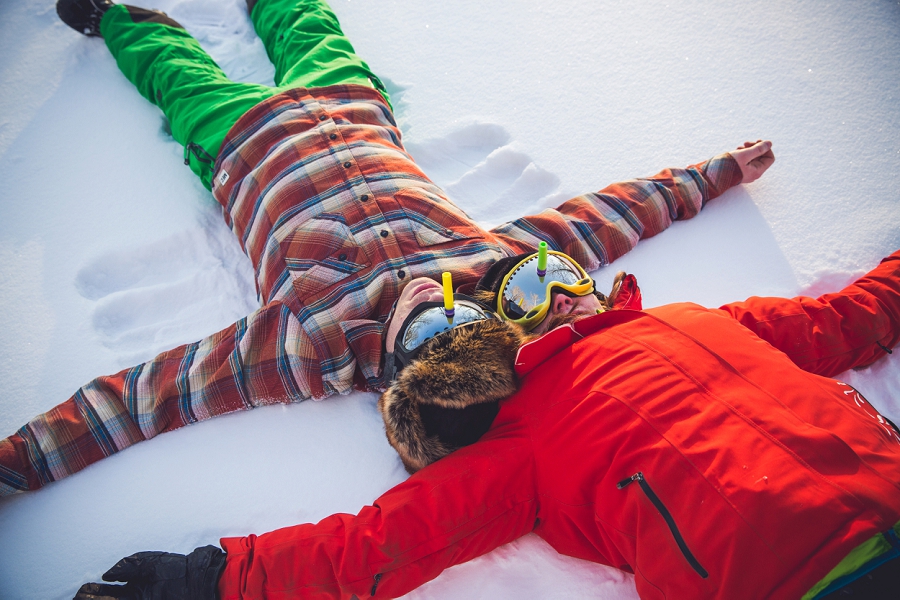 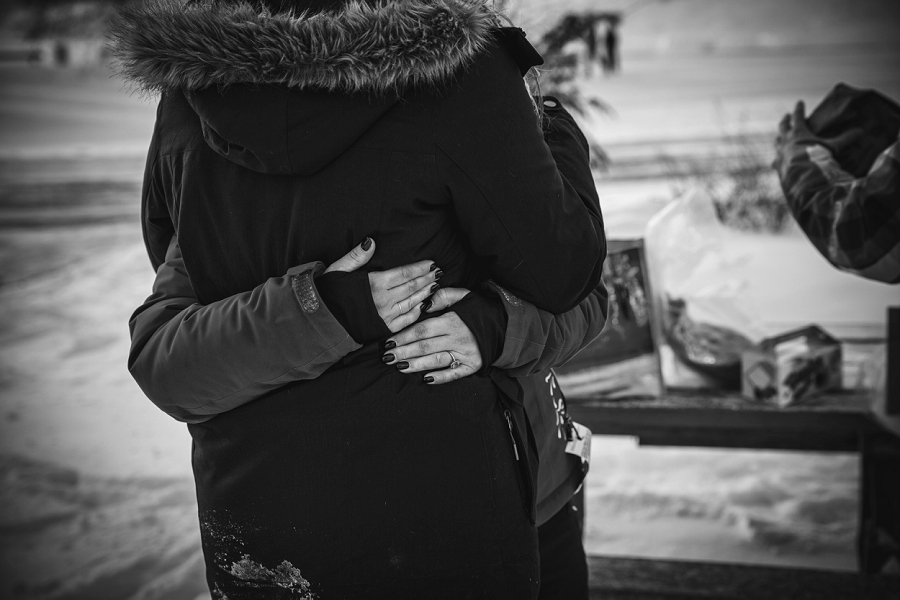