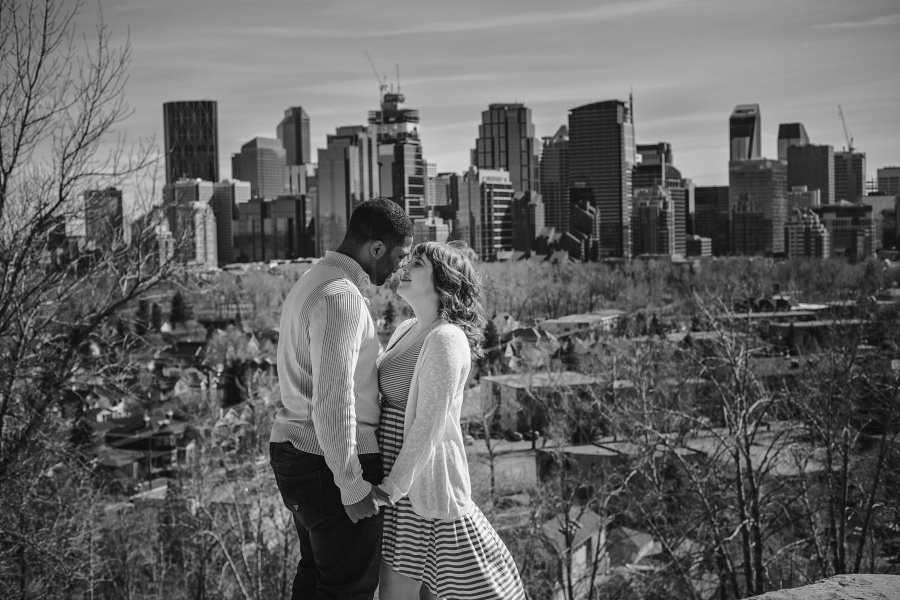 I’m so happy to share with you the engagement session of this beautiful couple, Sarra and Boneto. Sarra is a lover of Starbucks, Boneto is a lover of great landscapes, and we brought their loves together to create a fun and unique engagement session for them that included some time spent at home with their family. They have a sweet young daughter named Olivia, who is my new BFF, and are both amazing parents. Ending the engagement session by playing King of Tokyo was so much fun, and I loved getting some completely candid photos of the family being cute together! I didn’t stay until the end of the game, but I was told later that Boneto won. ;)

Their big day is happening in just 11 short days and I can’t wait to be a part of it.  Scroll to the bottom to learn how these two met online, the reluctance Boneto had to bring Sarra into his life and how he got past it! 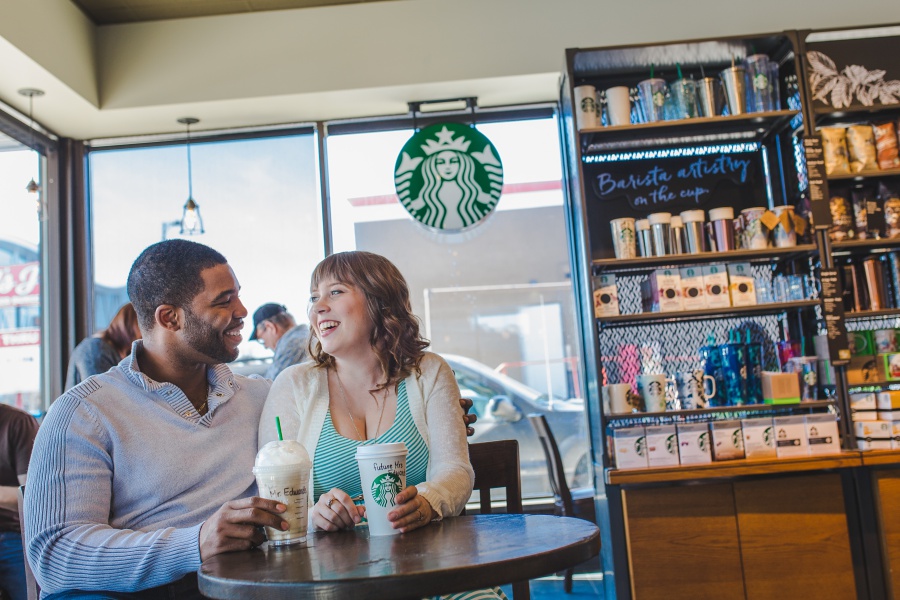 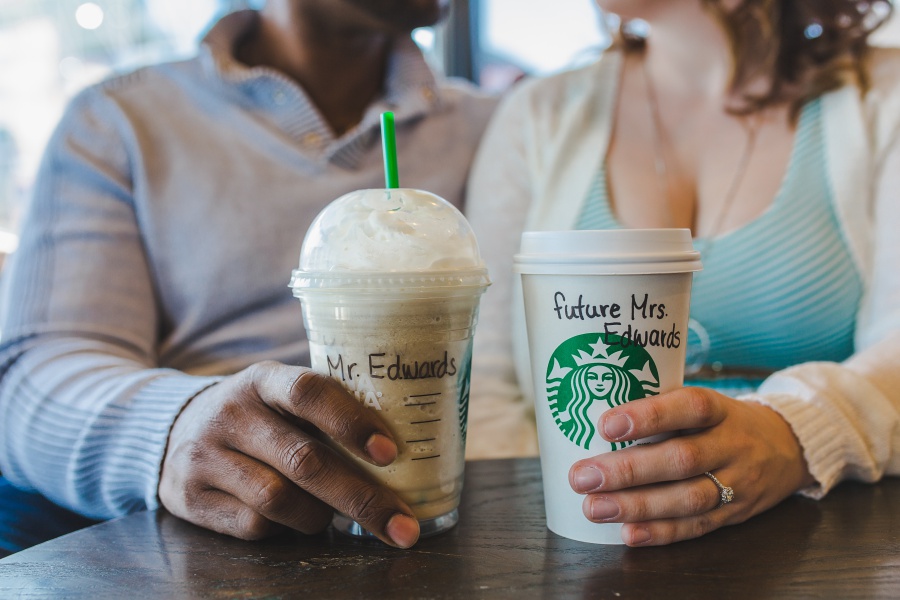 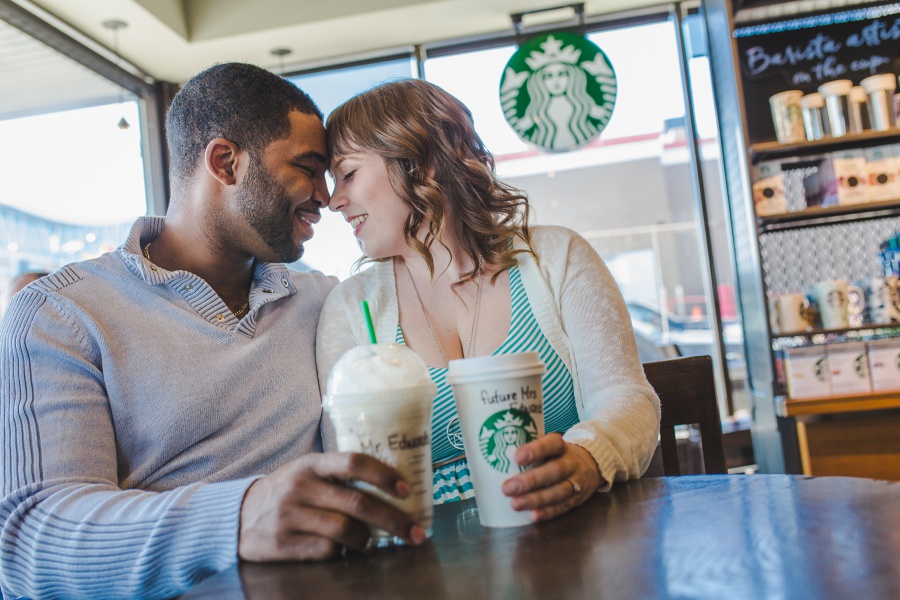 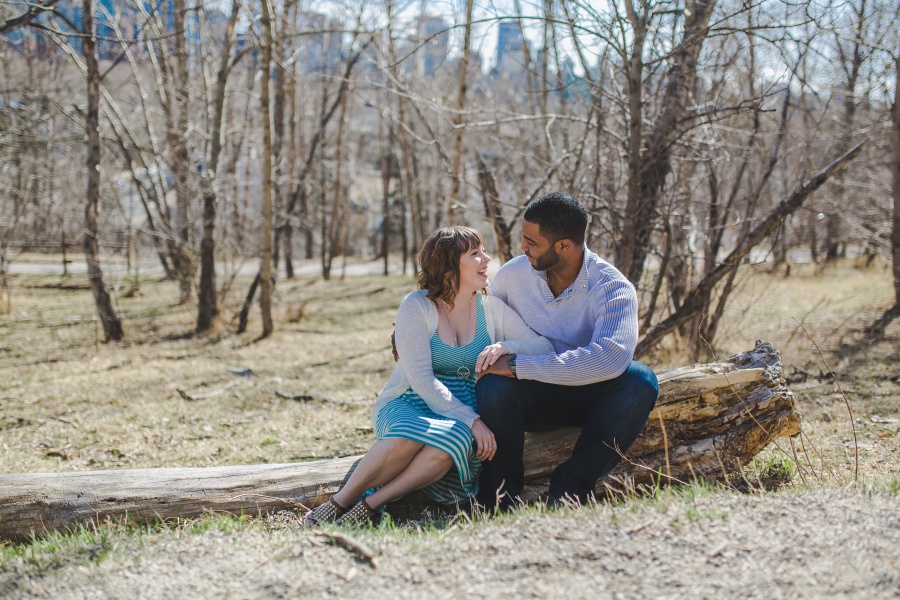 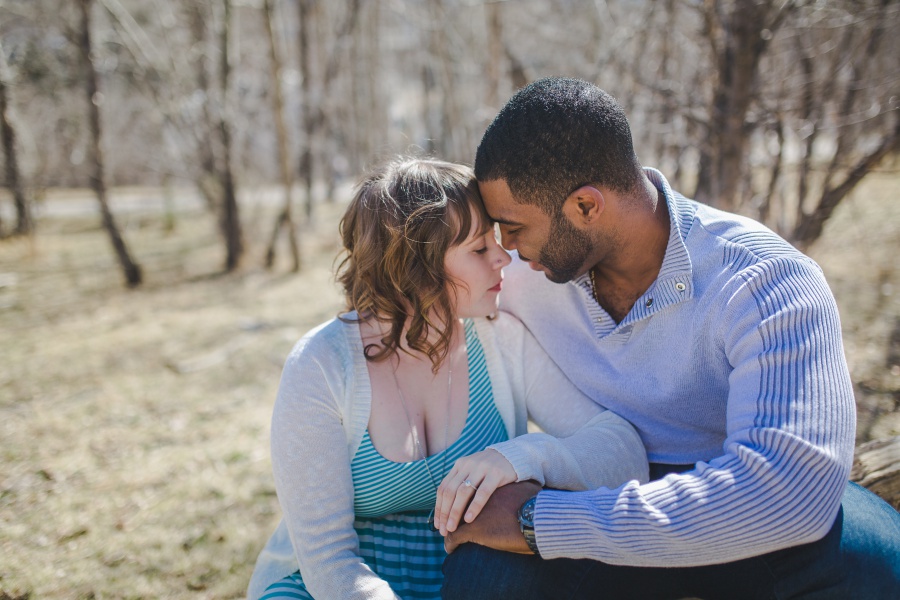 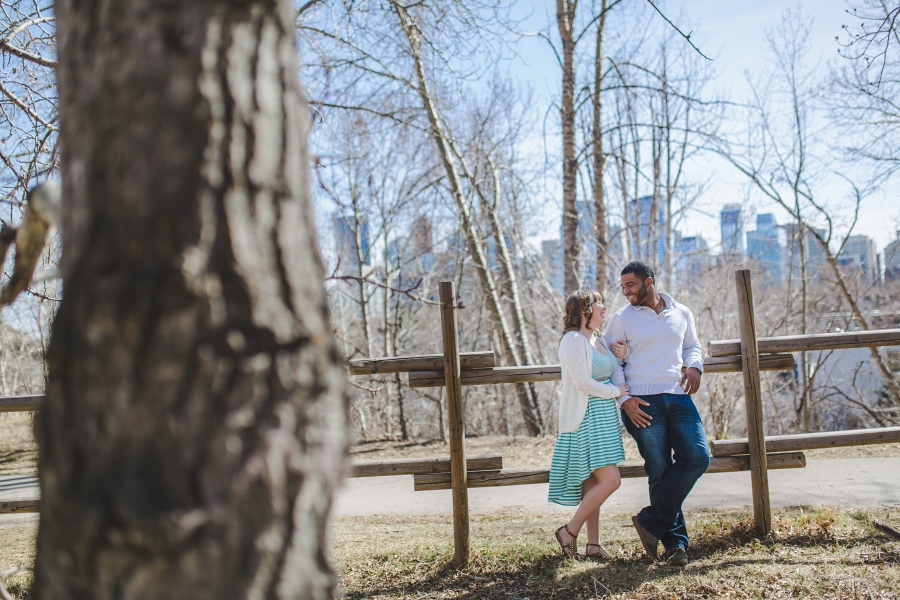 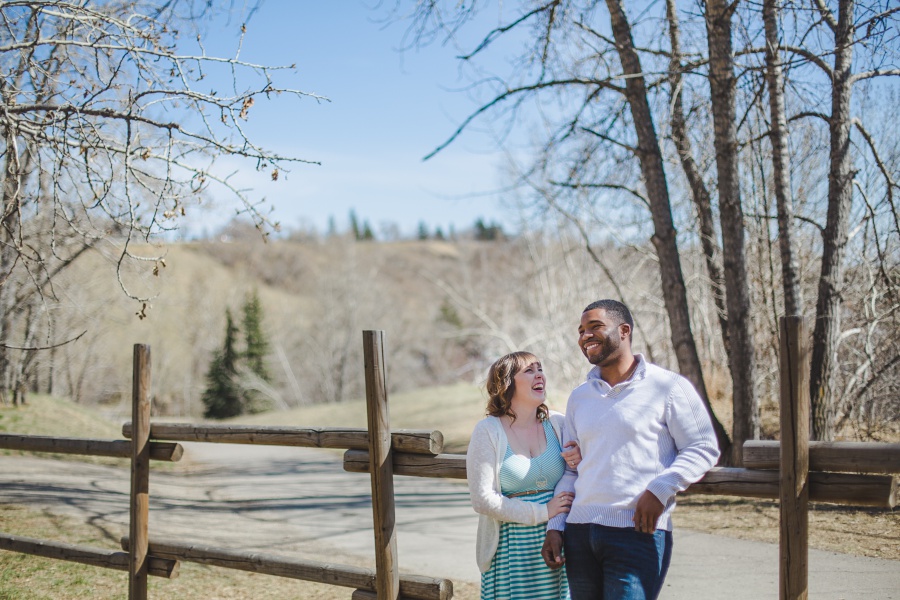 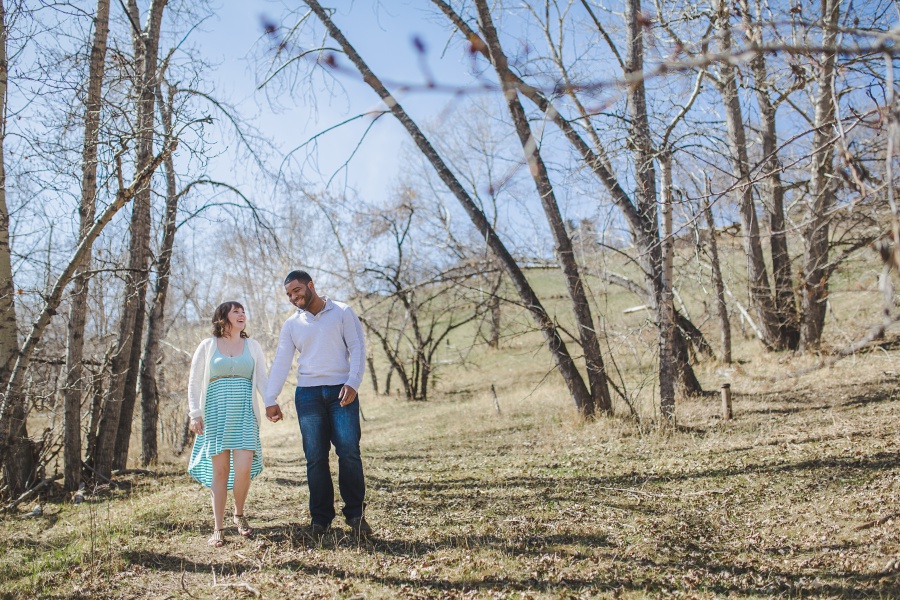 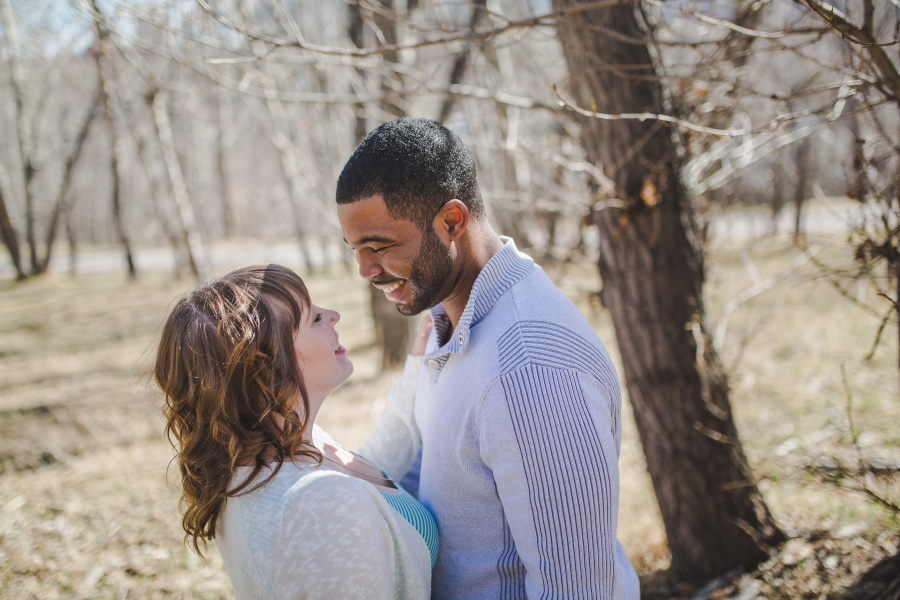 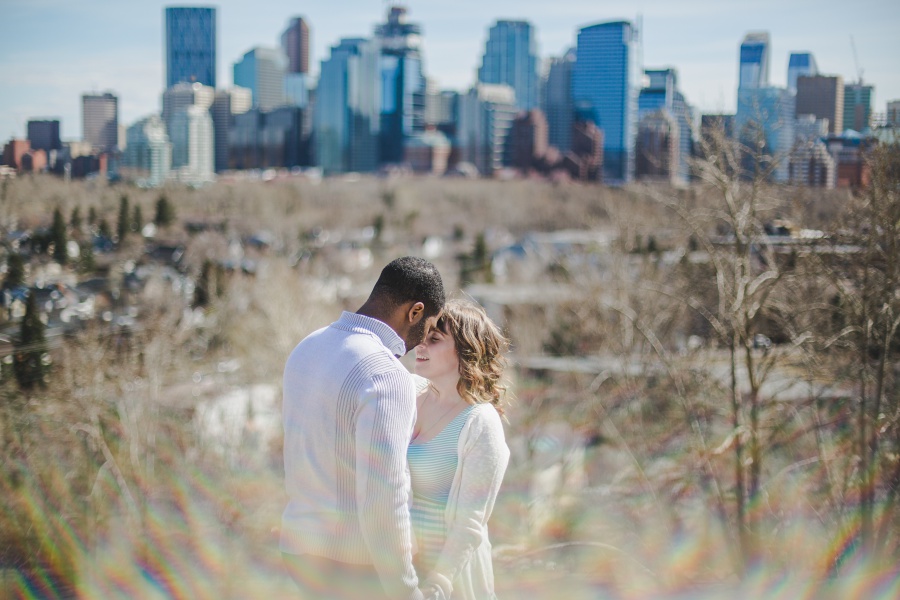 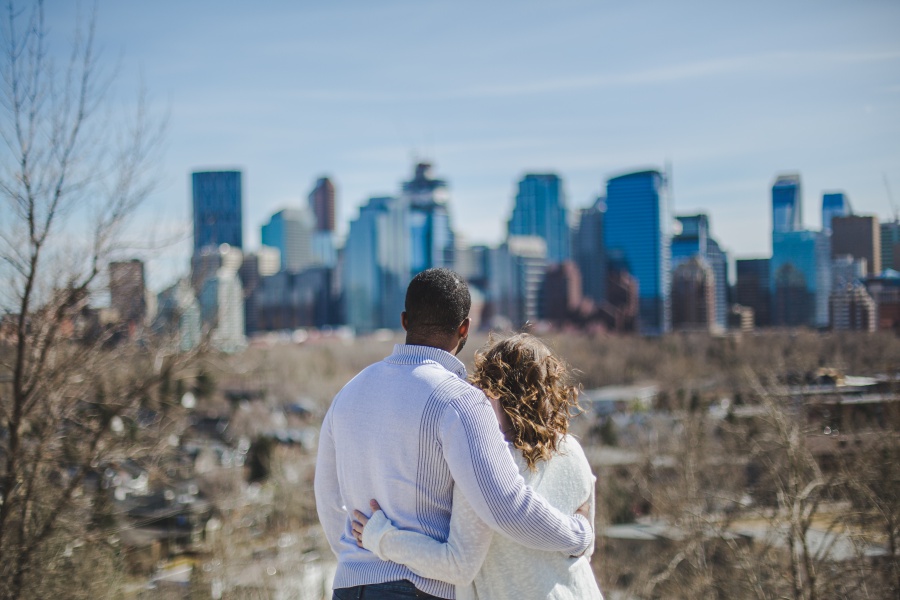 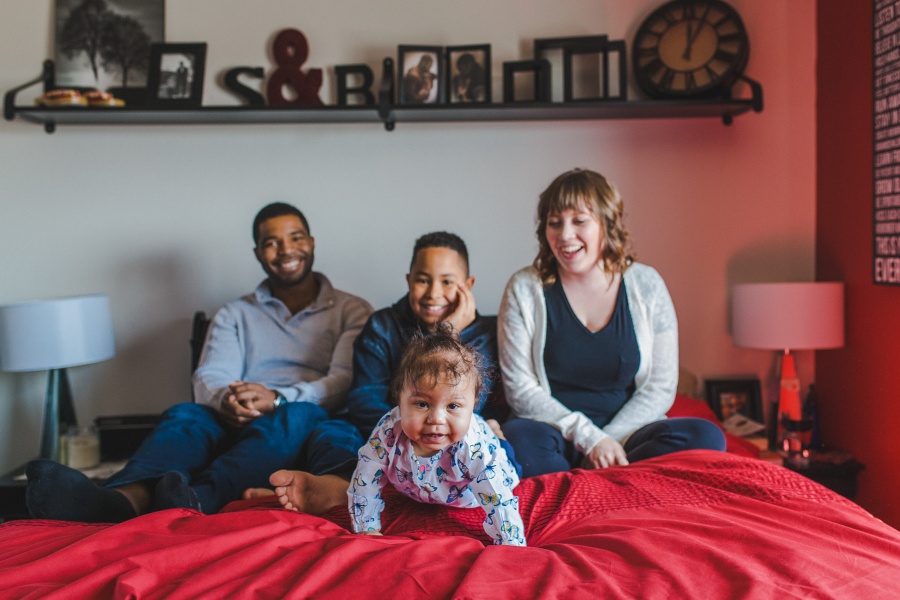 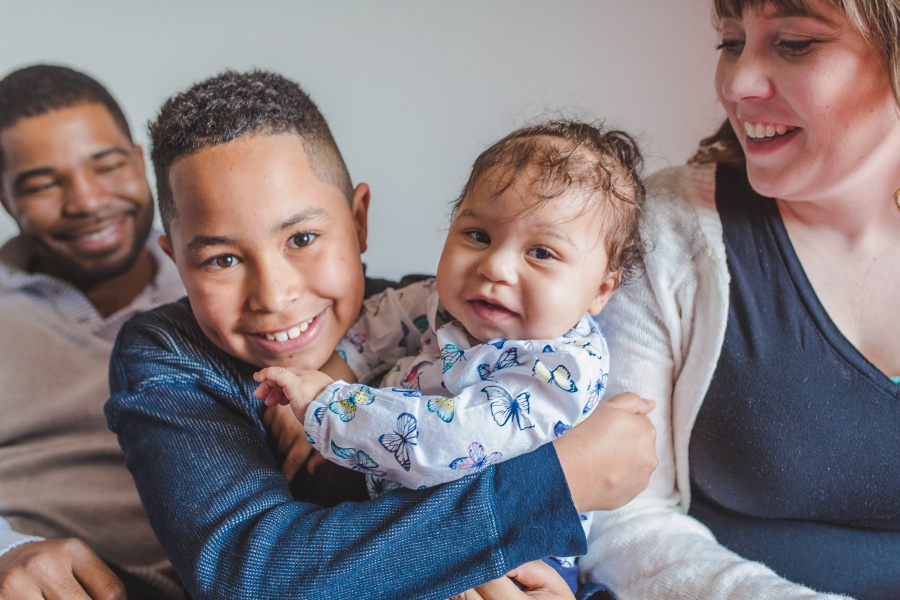 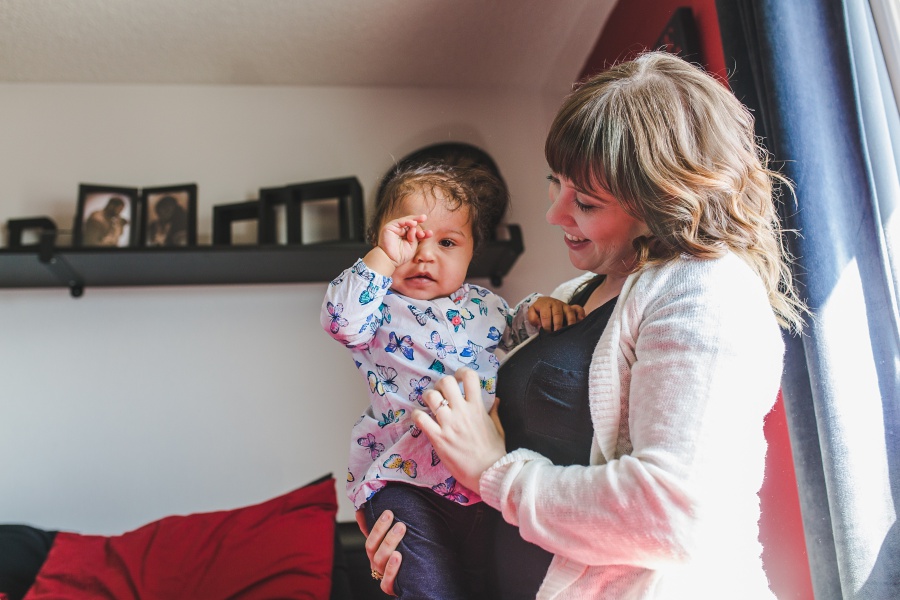 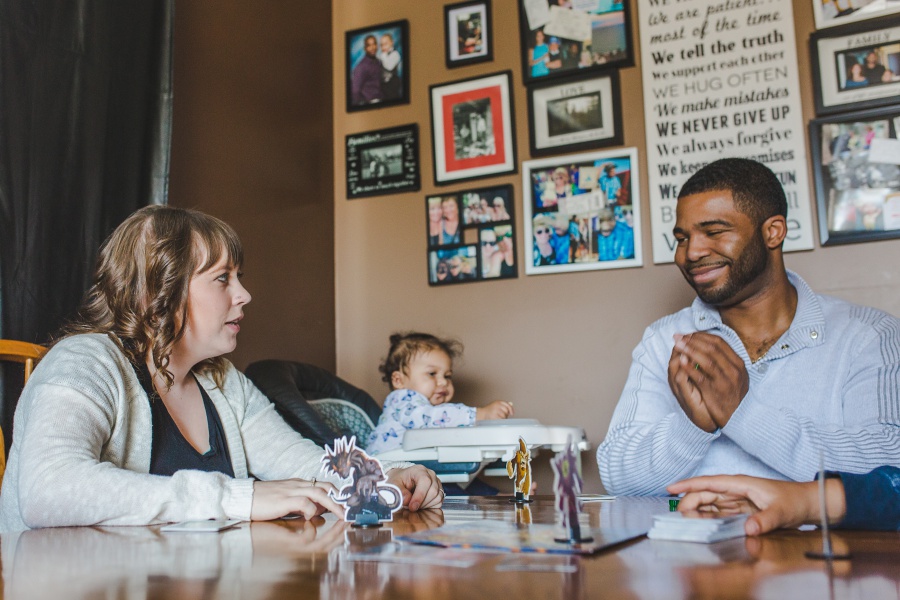 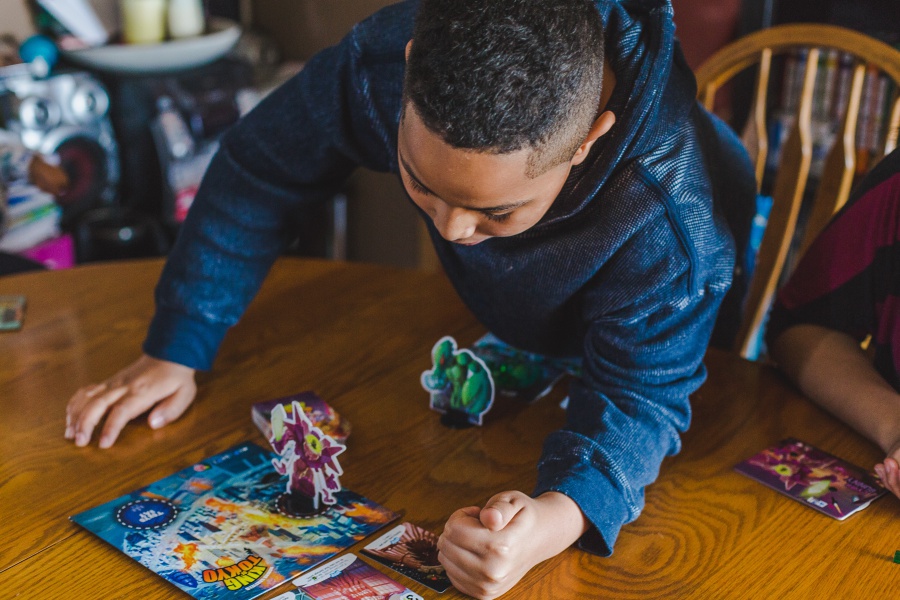 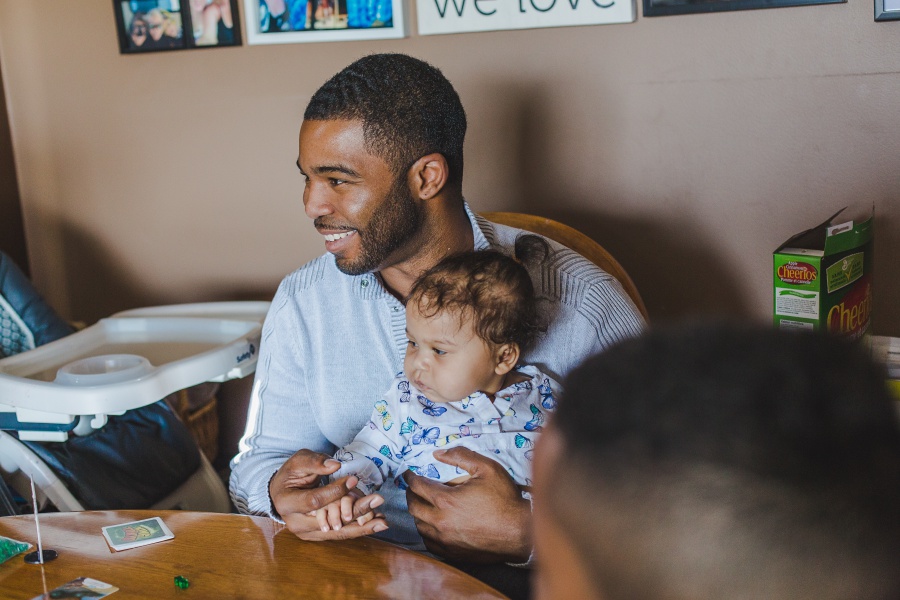 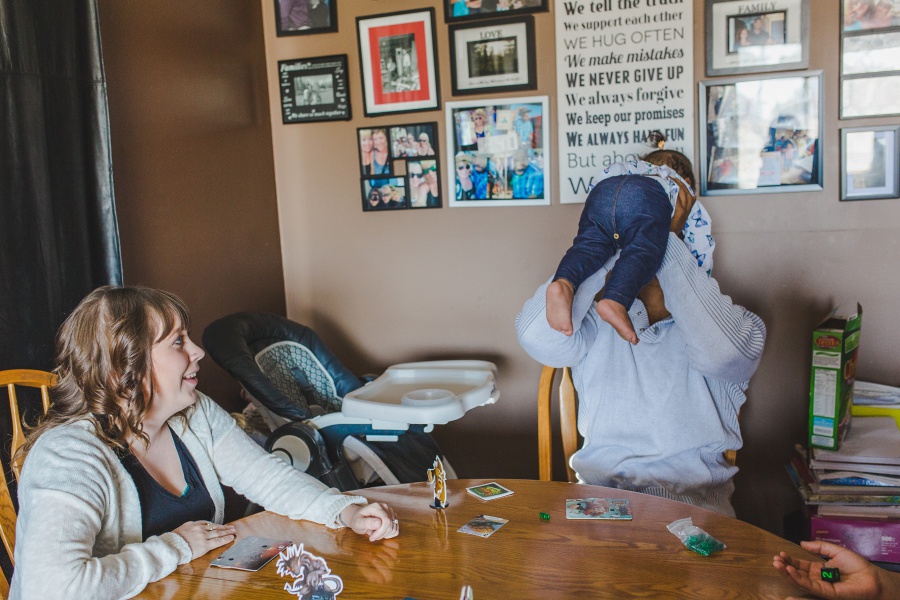 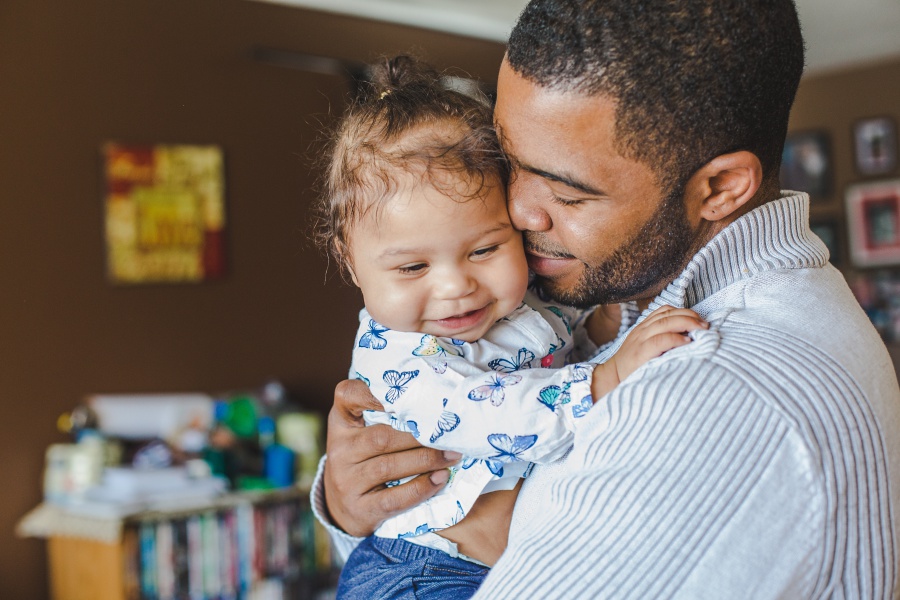 The age old question… how did you two meet?
Boneto: “Hey, I love you…” These were the first words written to me by my future wife, as we met online. I know you’re probably thinking – “this woman is freakin’ crazy, saying that before she knew your last name.” No, it was a typo but it really was some foreshadowing for the emotions that were to follow. We hit it off from the start. Conversation flowed and the attraction was mutual, despite us living 600km away from each other. In time, we got up the courage to see if this magical connection would still exist when we were in the same vicinity. Being who I am, I was late (not only because of the wrong location but also because of my own nerves). I was extremely nervous and she gave me good reason to be. When I first laid eyes on her I was, cliche moment, lost for words… which says a lot about me as I always have something to say.
Sarra: Boneto and I met (in person) for the first time at a Starbucks in Red Deer. He was late (which prepared me for life with him) but conversation flowed effortlessly once he did arrive. I was immediately drawn to him, for how outgoing and charming he was! We balance each other perfectly. Not only am I punctual to his lateness, but he is excessively wordy and I am a quiet listener.

What are some of your common interests that bond you together?
Boneto & Sarra: On any given day, we can lose track of time by playing one of our many board games (it has become an obsession at times) or watching a good tv show or movie. We both love good music … except, we have totally different opinions on what good music is. Regardless, he was willing to accompany me to a Reba concert because he is a great sport. We love going out to eat or cooking at home, whether it’s trying new restaurants or recipes. Our favourite thing to do is spend time with our kids and our dog, Pumpkin.

Share a sweet memory with us!
Boneto: I have a son from a previous relationship and as a single father I was somewhat reluctant to introduce someone into my son’s life. I also felt that it was impossible for someone to walk into this half-broken life, repair it, and find room in their heart to love not just me but my son as well. It’s a tall order to ask someone to become a role model, teacher, friend, and parent figure, as well as a companion. During our first few days of conversation (before we’d ever met in person!), I – being bold – invited her to be my date to a wedding in Mexico in 6 months … and she laughingly agreed. But as time passed, I realized I really did want her to come and she really was willing, so I booked her flight. When the trip arrived, I was blindsided by her willingness to insert herself into my life. During the trip, she taught my son how to swim; they went out every morning to practice and perfect the skill. She helped my niece through a difficult time as a teenage girl, something I really wasn’t prepared for. And she still made me feel loved and respected, not only as her partner but as a friend. During the vacation we grew so far as a couple that by the time the wedding finally happened, I knew in my heart that this was the woman I wanted to spend the rest of my days with… and then some.
Sarra: The first weekend that I came to visit Boneto in Calgary, we had big plans to explore the city. It was the May long weekend and I was so excited to be in the city – since I was living in the middle of NOWHERE at the time! However, it snowed a bunch and we ended up staying in the entire weekend with Boneto’s 2 nieces. I baked cookies, we watched Frozen, and it was just so easy and fun. I knew from that weekend on that this was a man worth the distance and effort.