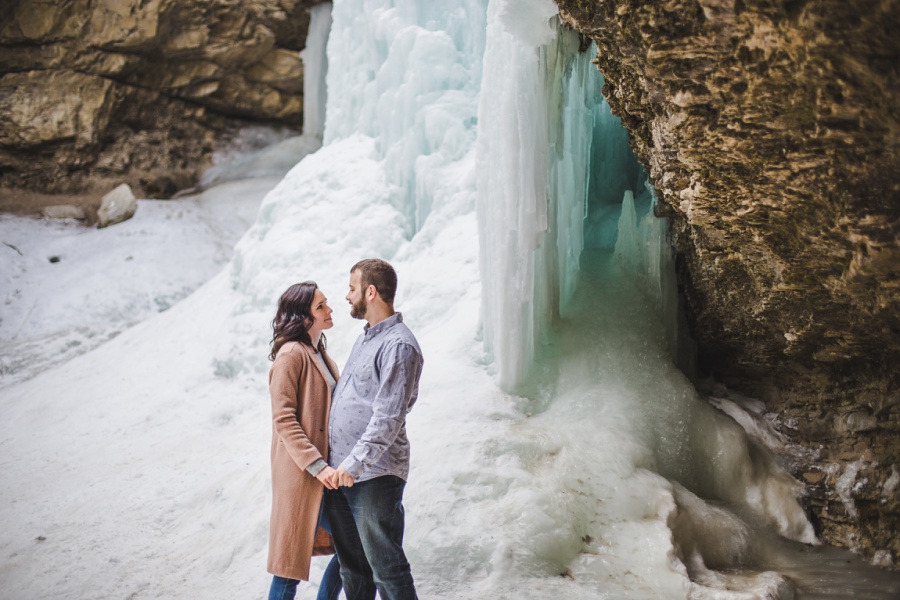 I just looooooove it when picturesque places like this aren’t swarming with other tourists – we got really lucky that we were the only ones on this trail for Kristen and Devon’s engagement photos at Troll Falls!  This is a special place for the two of them, as they got engaged here and, wow, honestly could have not picked a more romantic spot.  It was incredible to come here when the falls were frozen over so we could get right up next to them!

The age old question… how did you two meet?
Kristen: I always say Devon crashed my party – I was having my 18th birthday party at my house and Devon came along with a few mutual friends. Apparently he didn’t really feel like going out that night but thankfully he did! One of my favorite pictures from that night is him sitting next to me while I blew out the candles. He stayed pretty close most of that night :) and 9 years later almost to the day he proposed.

Tell us about the proposal!
Kristen: Devon asked me if I wanted to spend Saturday night out in Kananaskis and go for a hike. He said a family member couldn’t use a hotel room they booked so I didn’t think much of it. So Saturday morning, we drove out to Troll Falls. First clue looking back is for the first time he wanted to take the fastest route to the waterfall. We got to the falls and no one was around, and then he dropped down and popped the question. I completely blacked out after that but apparently I just started crying immediately and said “oh my god” a lot before finally saying yes. Then we spent the rest of the day eating drinking celebrating and calling our families. Best day ever!

What are some of the things that glue you two together?
Kristen: Our absolute favorite activity is going to the bar to watch hockey or baseball. Calgary Flames and the Blue Jays are our absolute favorites – but to keep it interesting, he’s a Stampeders fan while I’m a diehard Saskatchewan fan. We also love traveling together, hiking, biking, and movie nights with our kitty Milo.

Share a special memory with us!
Kristen: Right after we started dating, I moved out to Montreal for school. We couldn’t stand the idea of breaking up so stayed together over that year. I️t was so hard being apart but really made us realize how important we were to each other. Even being in a new city as gorgeous and exciting as Montreal, I lived for the weekends I would go home and see him. Home is where your person is, so the following year I transferred to U of C. 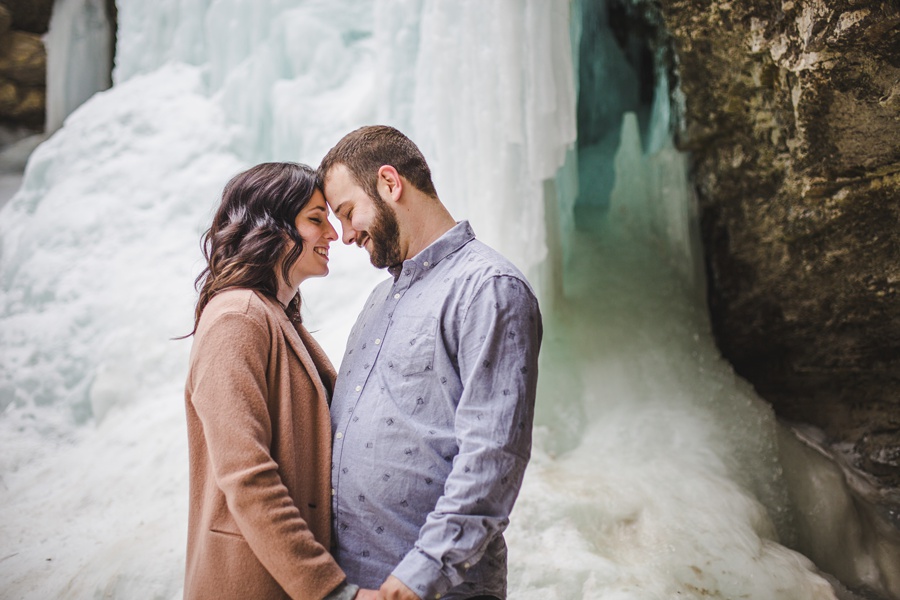 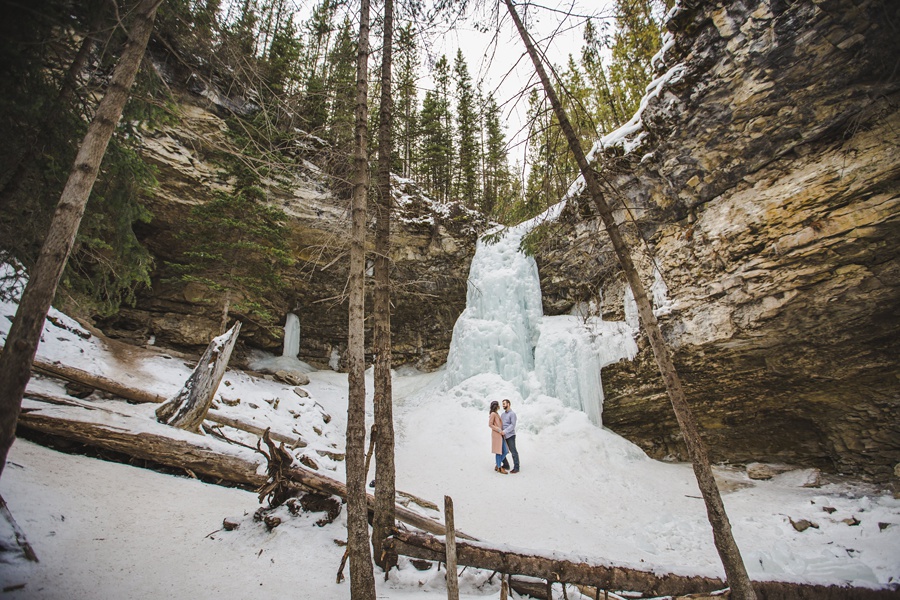 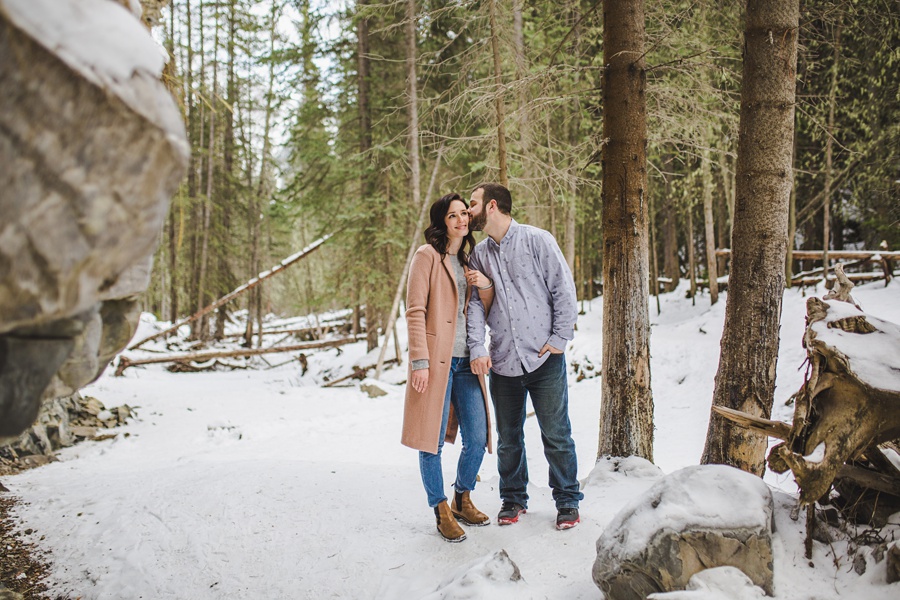 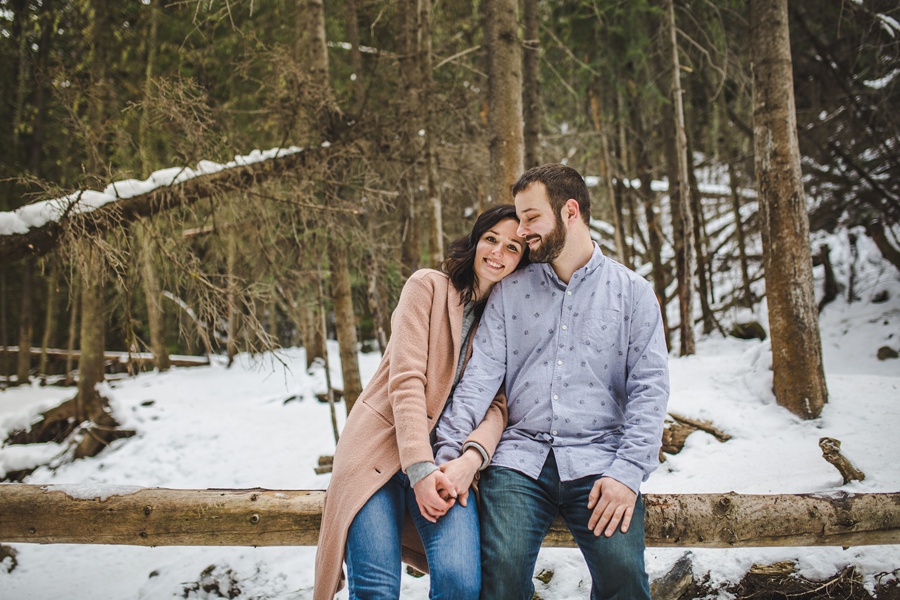 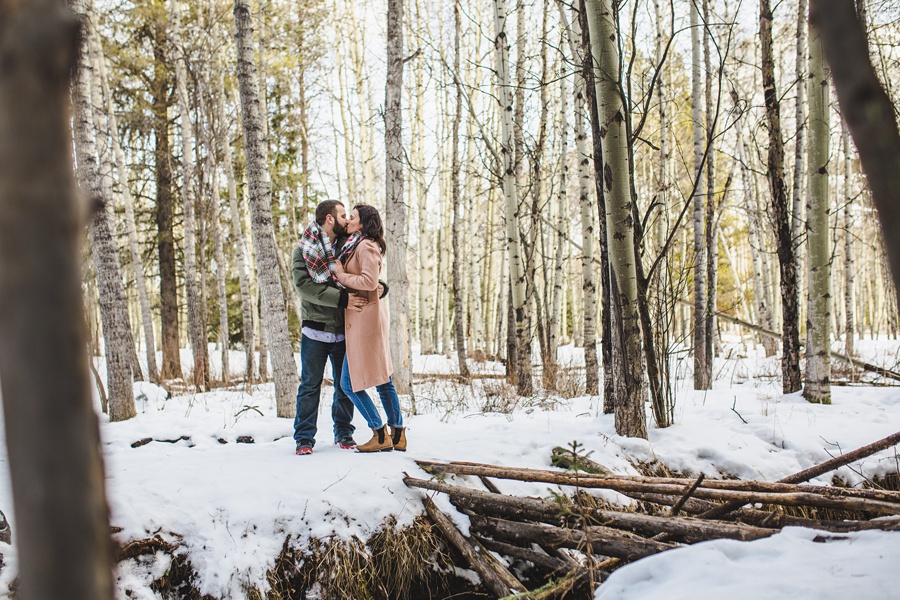 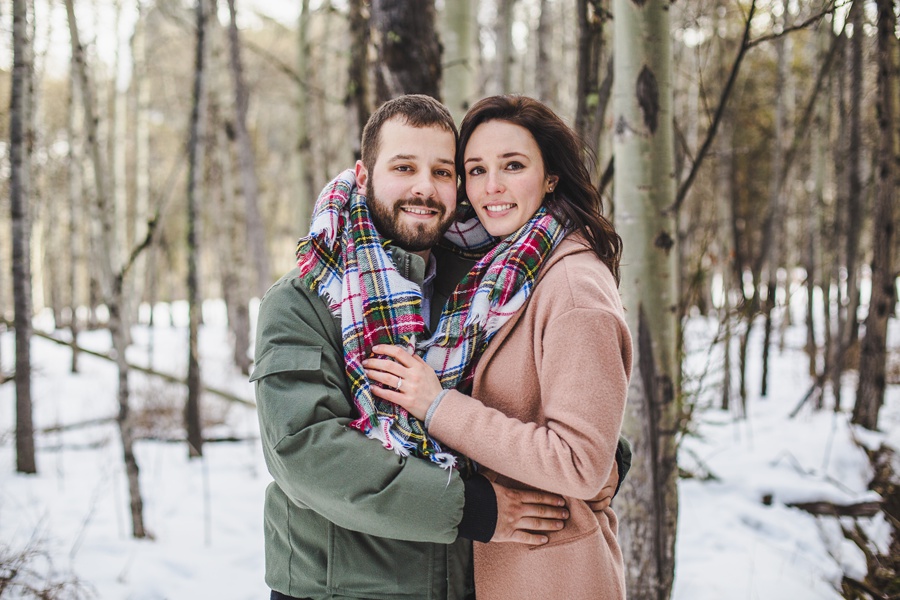 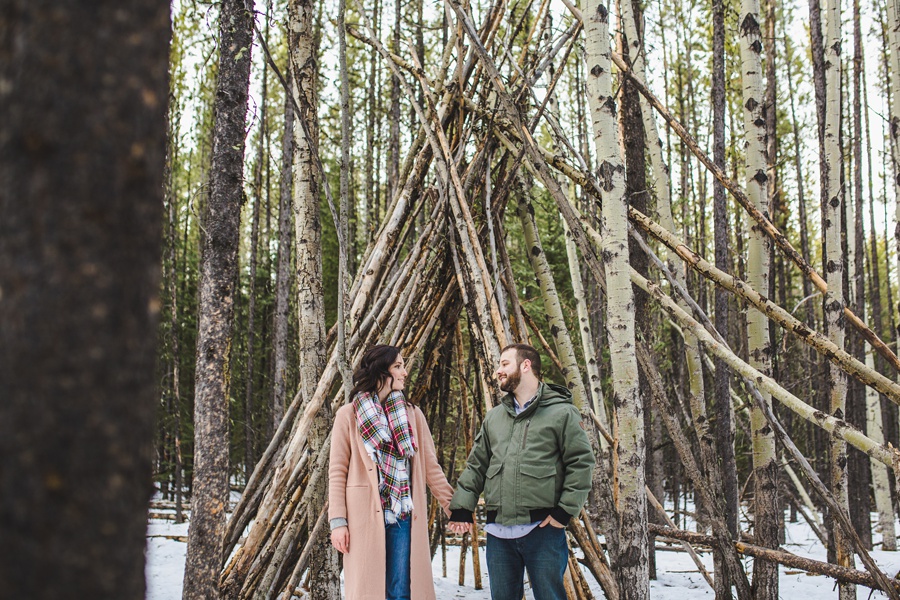 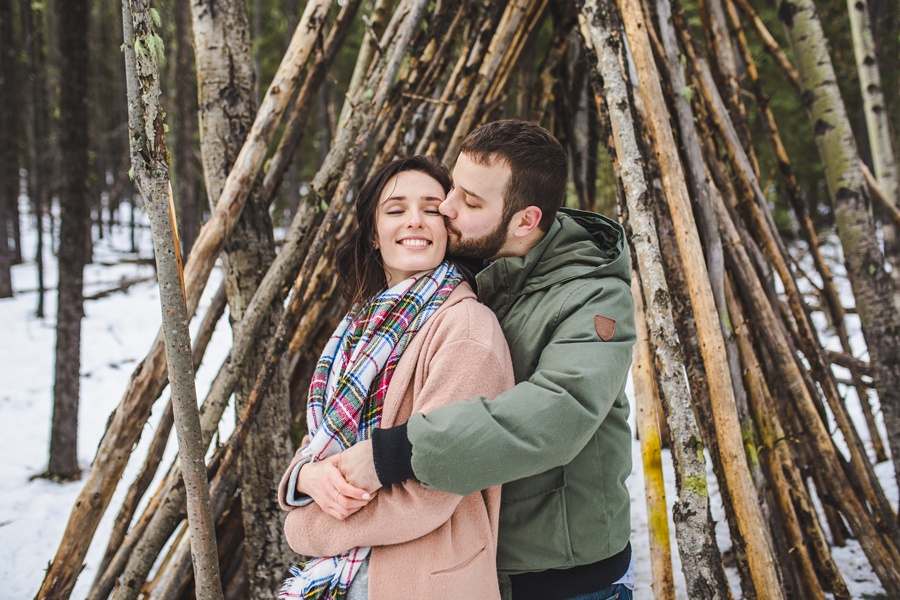 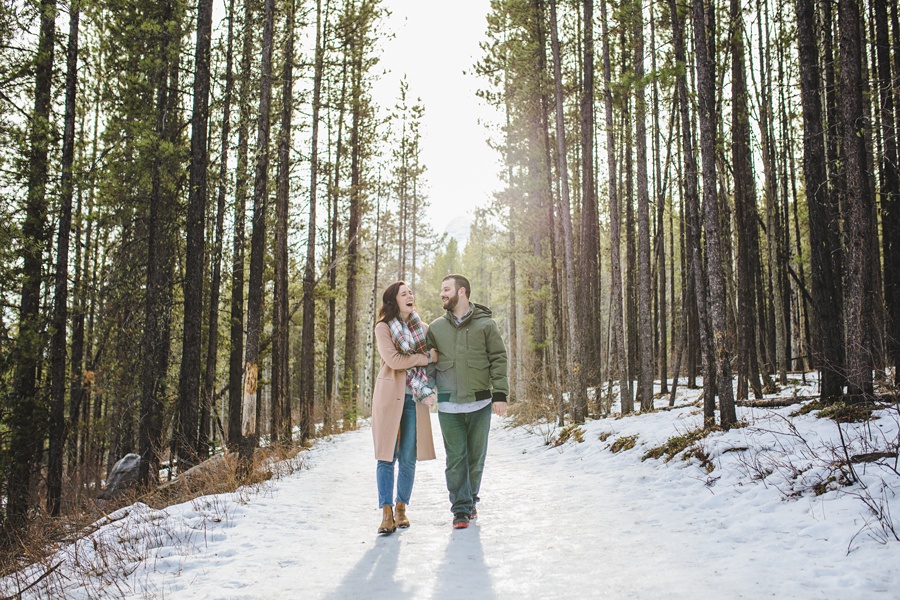 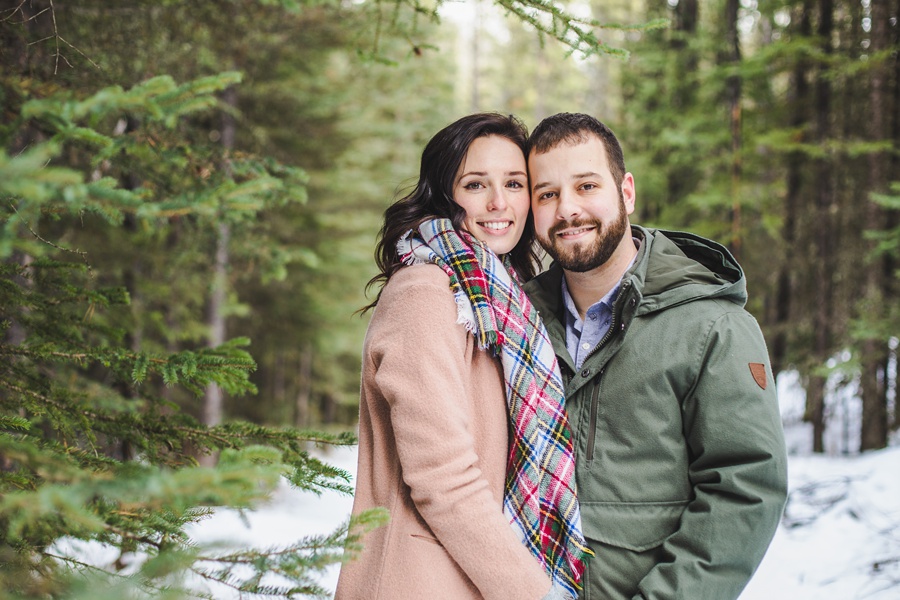