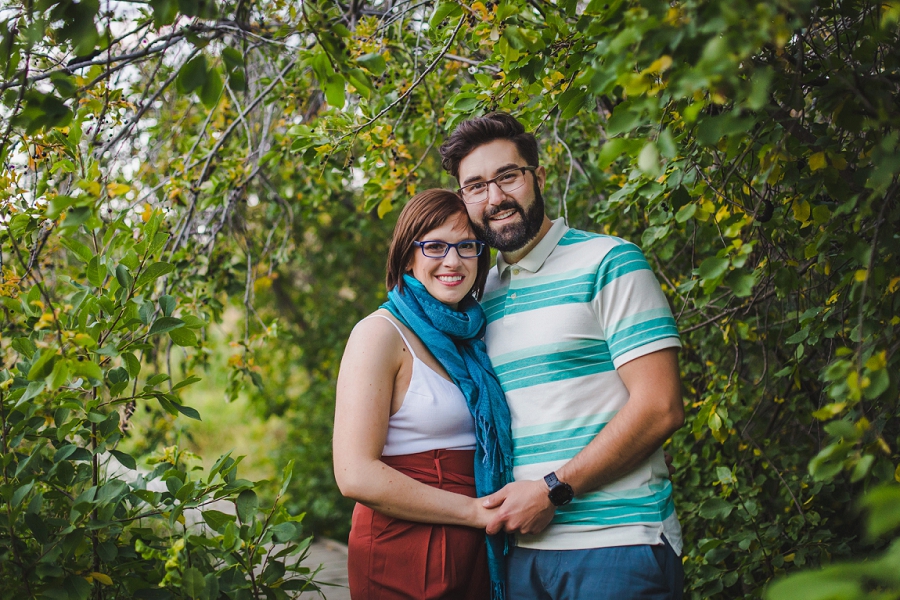 I just love it when couples visit places for their photos that are of real significance to them – such as Heather and Dustin’s suggestion to start at Bolder Climbing Community!  I had no idea what to expect other than photos I had seen online, but it was a really colorful, bright, and warm environment to photograph in.  Dustin brought these incredible pants that he uses for climbing and was wondering if they would be “too loud”, and I immediately told him to change into those pants because they are amazing.  Seriously, I just want pants like that for lounging. Huge thanks to Zak of Bolder Climbing for allowing us to use the space for photos!

We then moved on from the climbing centre to a very special spot in Bowmont Park, where Dustin had proposed to Heather. The sun was going down but we arrived at the absolute nick of time to capture the last rays with incredible colors sprawling the sky. Heather and Dustin also didn’t bat an eye when I proposed the idea of de-shoeing to go across an icy river for a photo spot – I honestly think I was more worried about it than they were, bless their adventurous spirits.

Since these two were long distance planning their Calgary wedding, we ended up doing their engagement photos merely days away from their wedding day and I’m so glad that we got the chance to do so!  I happen to know Dustin and Heather from two separate life chapters and it was so interesting to see them come together like this, the world is truly a small place with these kinds of coincidences.  It was such a blast to see them a few days later and photograph their incredible wedding, which I’ll share in the near future!

How did you two meet each other?
Heather & Dustin: We met in a band that played for free for charity events doing pop/rock/country covers. Dustin was with someone else at the time, but we really didn’t start talking until a few years later when we became fast friends. We starting chatting as friends in October, started dating in November, were in-love in December, went on our first 2.5 week adventure trip to Costa Rica in March and moved in together in July. Everything moved quickly but we felt like we had known each other forever.

Describe your proposal story!
Heather & Dustin: Dustin proposed to me at one of our favorite places in a little park in Calgary (Bowmont Park). He knew that I wanted my grandmother’s ring, and so he had gone a week or so before to ask my parents for their blessing and for the ring…I felt bad that I made it so awkward for him! He planned a little picnic, it was quiet, peaceful, relaxing and then he asked and of course I said yes.

What brings you two together?
Heather & Dustin: Everything! We love laying out on the double-hammock on the deck, reading and listening to music while snuggling with our dog. Or going rock climbing, wandering around book-stores, exploring the city, going on hikes, watching sunsets, Reiki, crystals, cards, QiGong, yoga, board games, Magic The Gathering cards, trying new restaurants, adopting animals (but now we’re done with 2 cats a dog and a guinea pig. No more room!)

Share a favourite memory with us!
Heather & Dustin: One of our favourite memories was on our trip in Costa Rica. We had been dating for 3 months when we went on this hiking/waterfall rappelling, white-water-rafting trip together. We were hiking with our tour group up a mountain to stay with a local family when the beautiful sunny day turned very quickly into rain. And when I say rain, I mean it felt like buckets and buckets of water were being dumped on us. Everyone else in our group ran ahead to try and find shelter but we just looked at each other laughing, realized it didn’t matter because we were soaked anyway, kissed, and kept hiking hand-in-hand. That moment really sums up our relationship – it doesn’t matter what comes at us (even if it feels like buckets and buckets) all we have to do is look at each other, hold hands and laugh and we know we’ll get through anything! 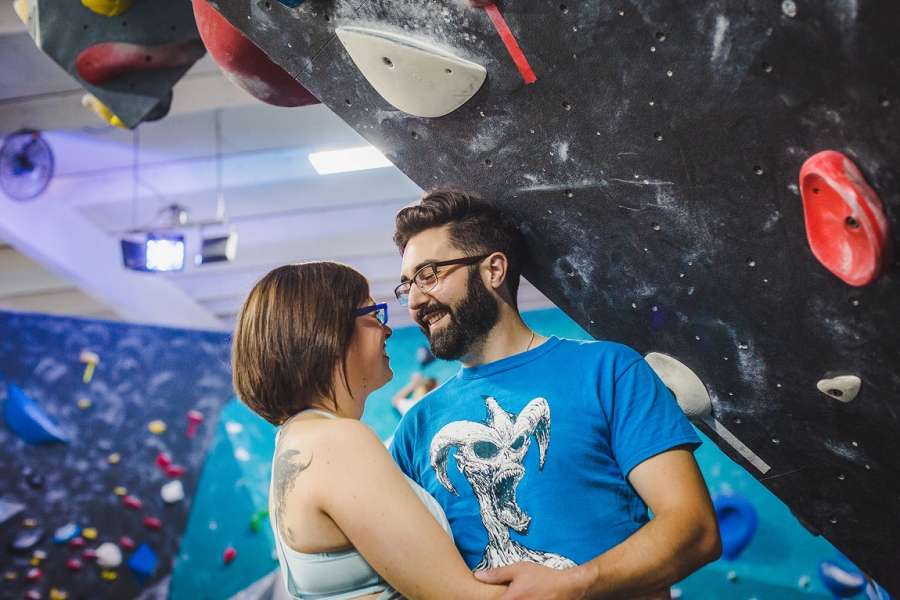 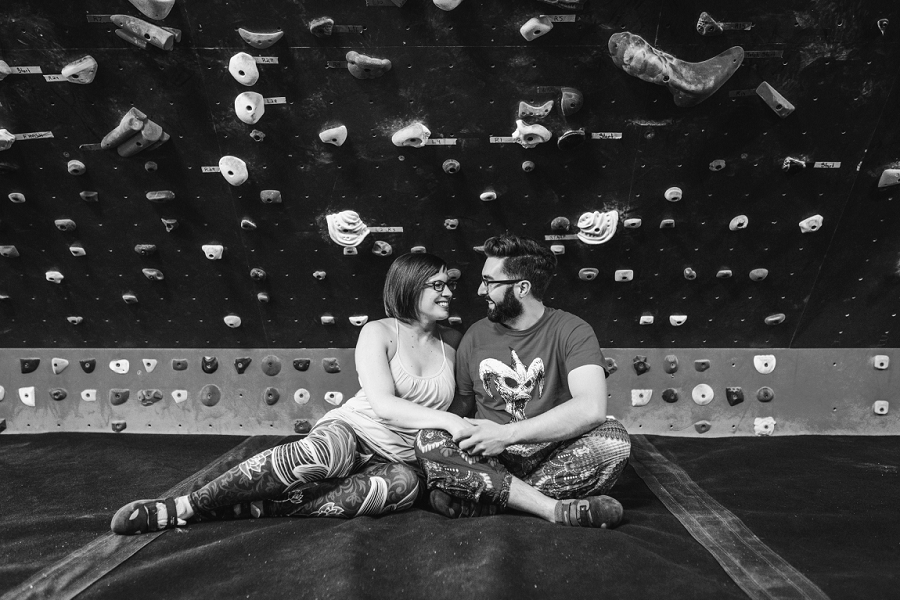 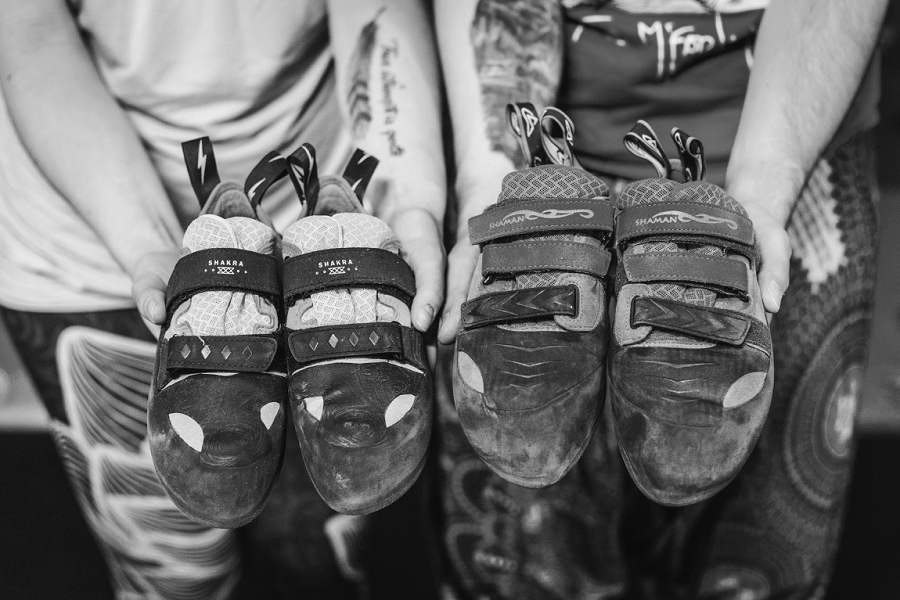 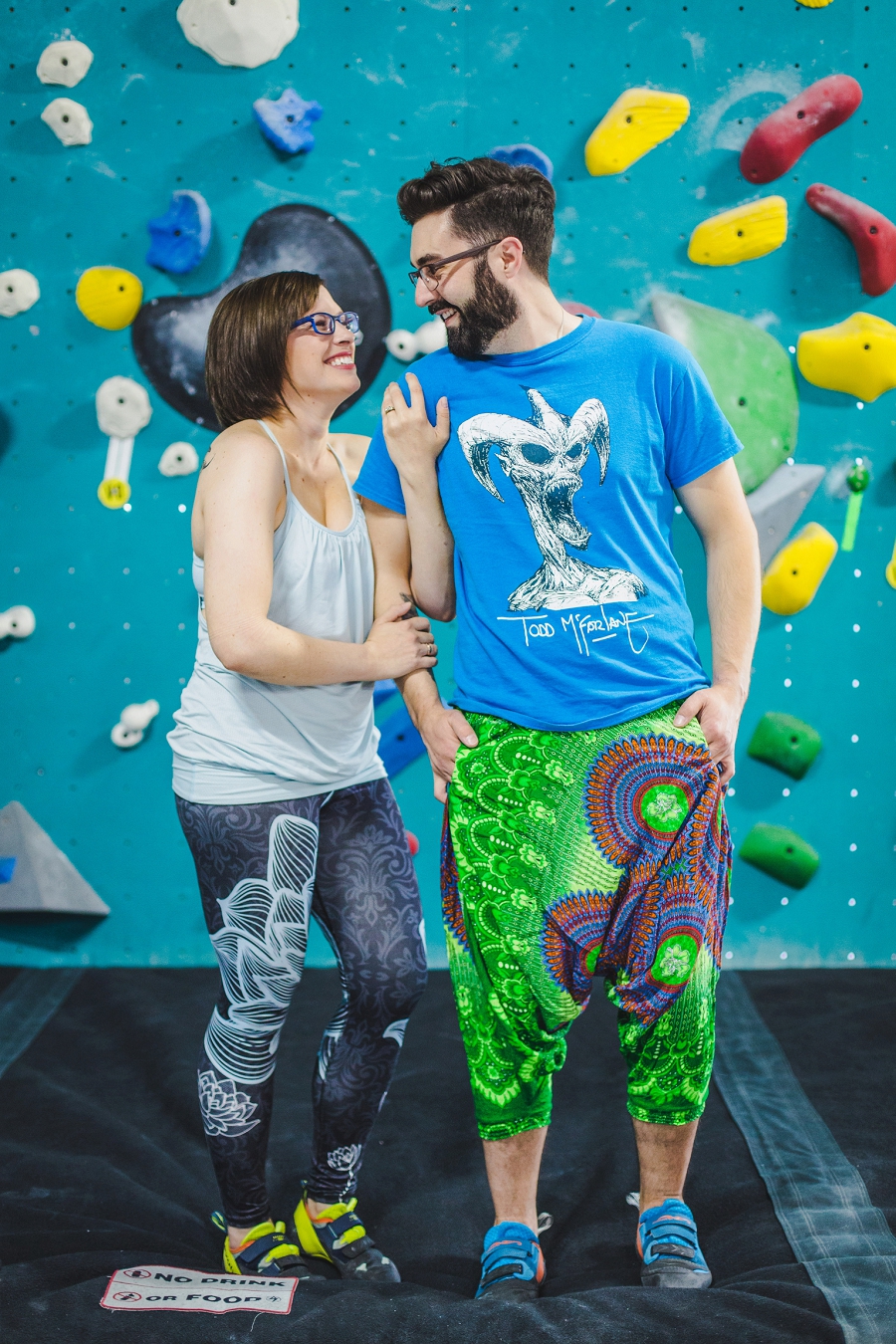 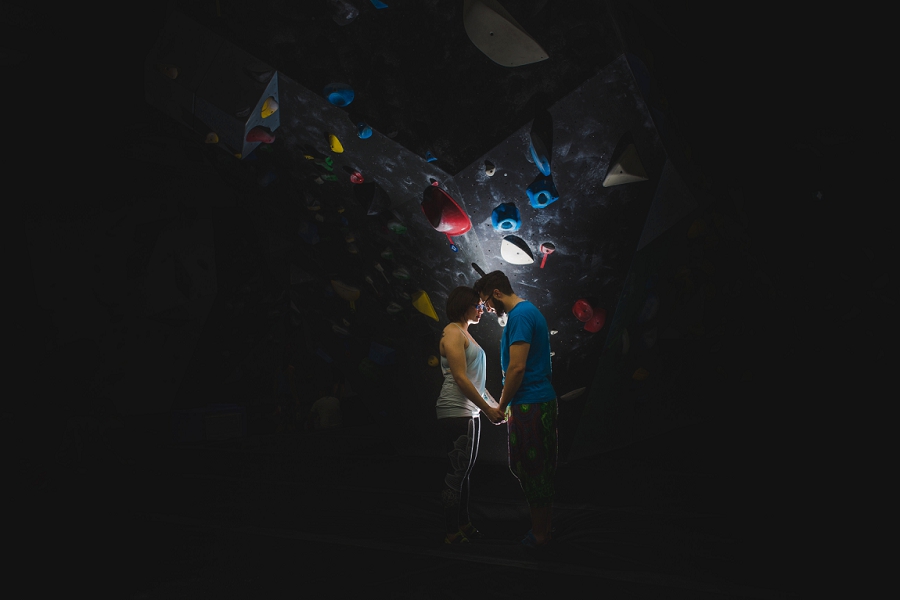 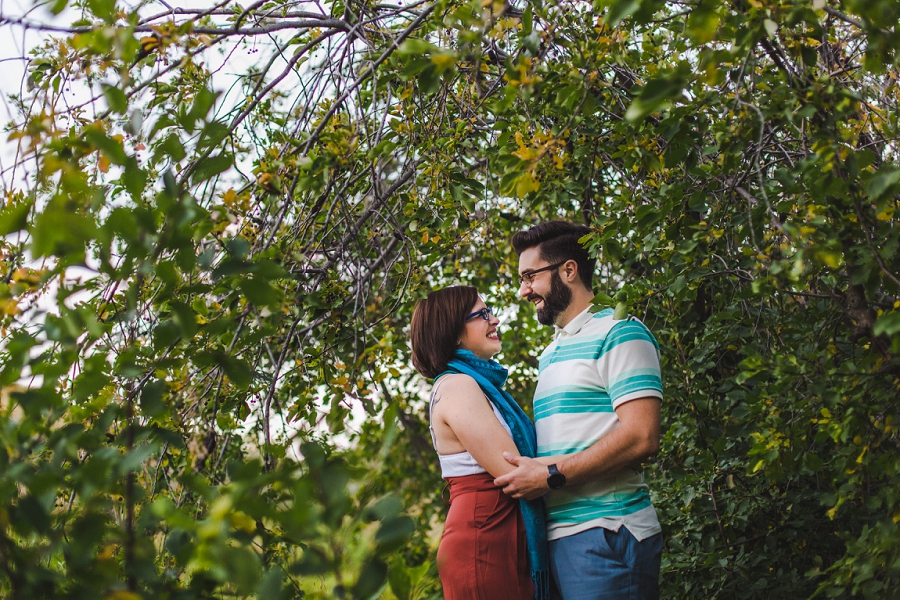 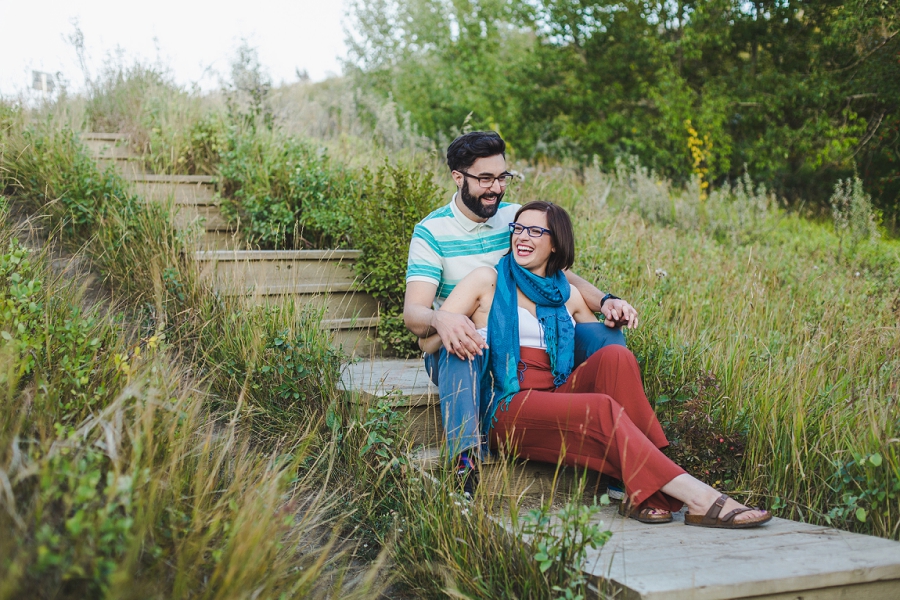 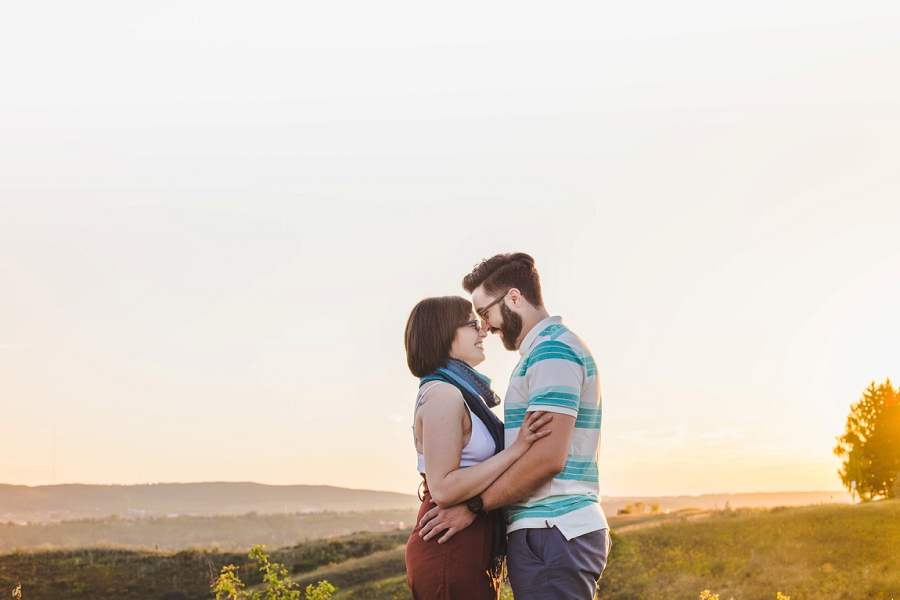 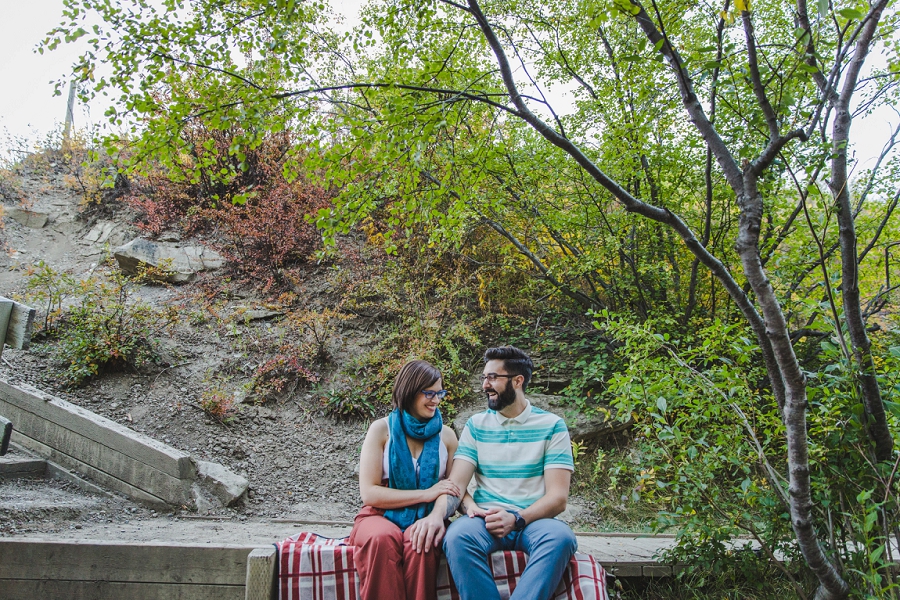 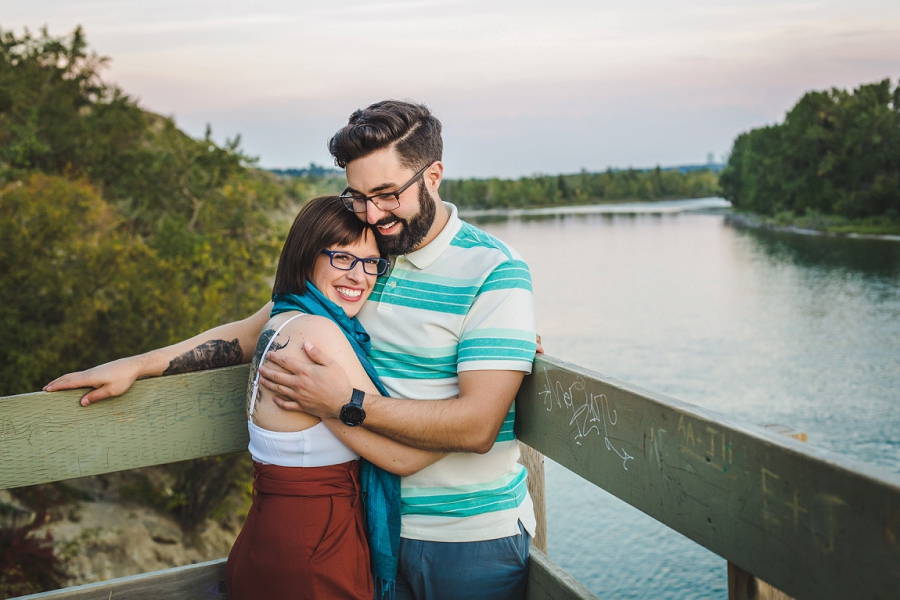 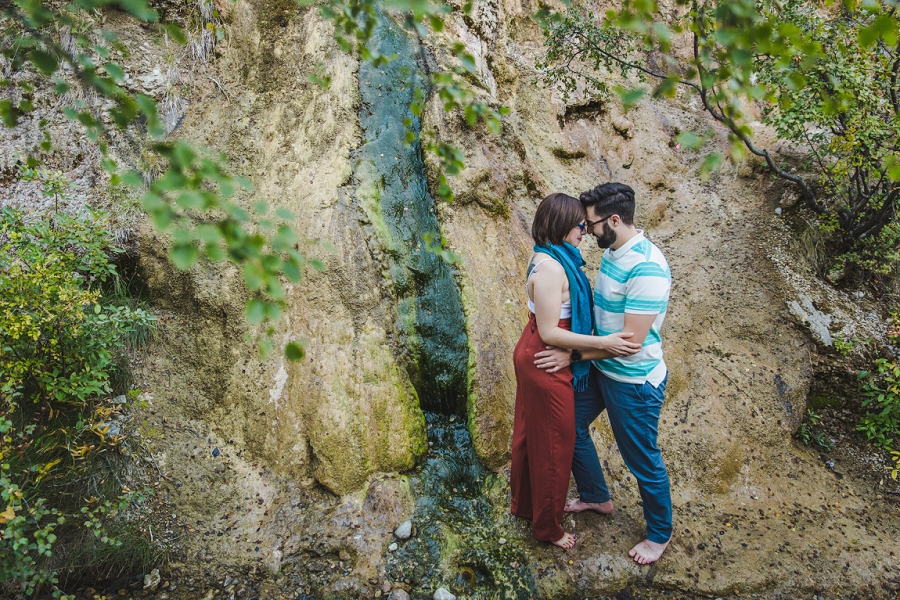 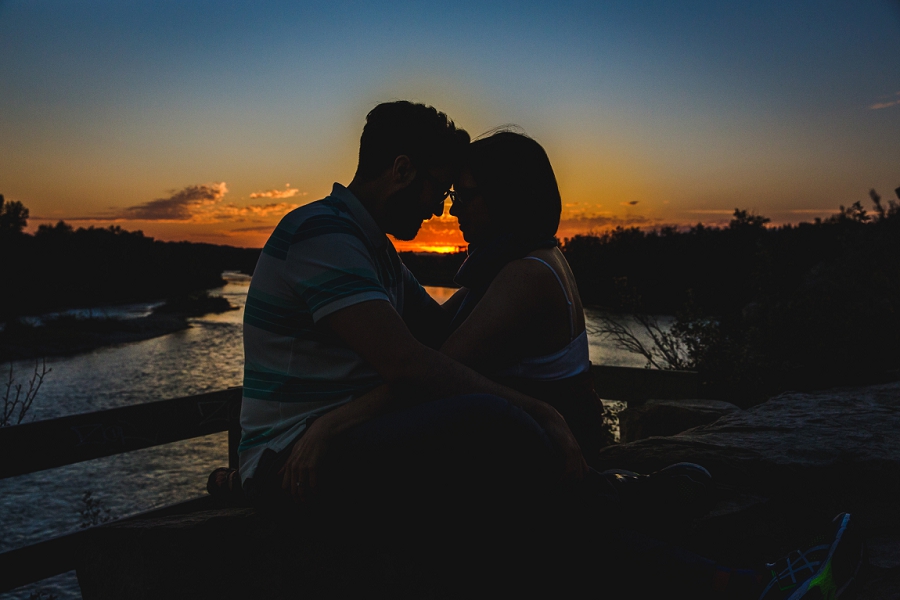